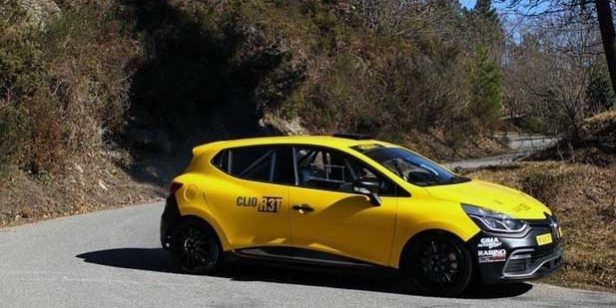 The race is valid also for the Renault Trophies, officially supplied by EVO Corse

Today in the late afternoon in Forte dei Marmi, Tuscany, the 38th “Rally Il Ciocco e Valle del Serchio” will start the Italian Rally Championship. The race is also valid for the Clio R3T Trophy and the Twingo R2 Top Trophy, which are officially supplied by EVO Corse.

The favourite for the victory is the defending Italian champion Paolo Andreucci on Peugeot 208 T16 R5, who will try to win back the race after two years. His main opponents should be Giandomenico Basso on Ford Fiesta R5 (winner of the last two editions) and Umberto Scandola on Skoda Fabia S2000. Many outsiders are also expected  to fight for a good result, for instance Alex Perico and Stefano Albertini on Peugeot 208, Nicola Caldani and Gabriele Ciavarella on Fiesta R5 and Rudy Michelini on Citroën DS3 R5.

“Rally Il Ciocco” is also the first round of the Renault Italian Trophies. The Clio R3T is the new protagonist of the “Trofeo Produzione”, which is appreciated by many rally fans for its spectacular nature. Among the crews participating into the Trophy, the favourites are Ivan Ferrarotti and Manuel Fenoli of Movisport, Fabrizio Jr Andolfi and Paolo Rocca of ASD Sport Management, and Luca Rossetti (former European and Italian champion) and Matteo Chiarcossi of DP Autosport.

There is big interest around the Twingo R2 Top Trophy too, especially for the presence of many “ladies” drivers: Sara Baldacci is the navigator of the defending champion Luca Panzani, while Corinne Federighi and Silvia Spinetta form the only female crew of the race.

“Rally Il Ciocco” is expected to start at 19,00 in Forte dei Marmi after the technical verification and the Shakedown. Tomorrow 12 special stages are scheduled on the routes of Garfagnana region, while on Sunday there will be only one special stage to be run twice before the final awards ceremony taking place in Castelnuovo di Garfagnana. 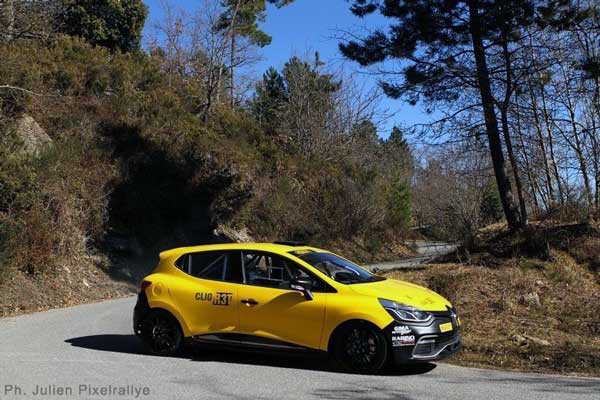 The Clio R3T by Gima Autosport – Photo by Julien, Pixelrallye