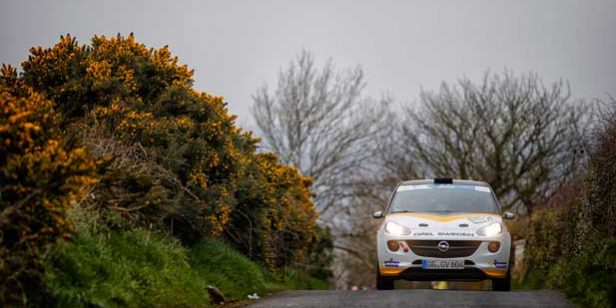 In the second round of FIA ERC Junior Bergkvist and Griebel on ADAM R2 finished first and second after a thrilling duel.

After 18 special stages over 215 km on tarmac, run on narrow streets and insidious hills, the difference between Bergkvist and Griebel was just 15 seconds. The Suede, navigated by Sjöberg, lead the race from beginning to end, winning also 5 special stages; while Griebel and co-driver  Clemens, after a tough start, ran a fantastic day two (four stages won) getting really close to victory. For both the crew, the satisfaction is great, considering also the 10th and 11th places overall.

“I cannot even believe it,” Bergkvist said. “The conditions were extremely difficult, the streets incredibly narrow and fast, and the jumps were dangerous. Moreover Marijan [Griebel] put a lot of pressure on us, especially on the second day. We had to keep focus without making a single mistake, and eventually we did it. The team worked well and the ADAM R2 demonstrated to be a great car, even on tarmac. It’s been two fantastic days, we had a lot of fun and I am on cloud nine.”

Griebel was enthusiast too: “I am very happy with th e second place. After Thursday qualifying round we weren’t satisfied because we didn’t manage to find the right pace. Fortunately, stage after stage our confidence increased and we achieved a fantastic result. The ADAC Rallye Junior Team scored a fantastic one-two, I couldn’t ask for more.”

Bergkvist is now at the top of FIA ERC Junior with 78 points, while Griebel is fifth with 30 points, but is only 6 points away from the second spot. The next round of FIA ERC Junior is SATA Rallye Açores (Portugal, gravel rally) from 4 to 6 June. 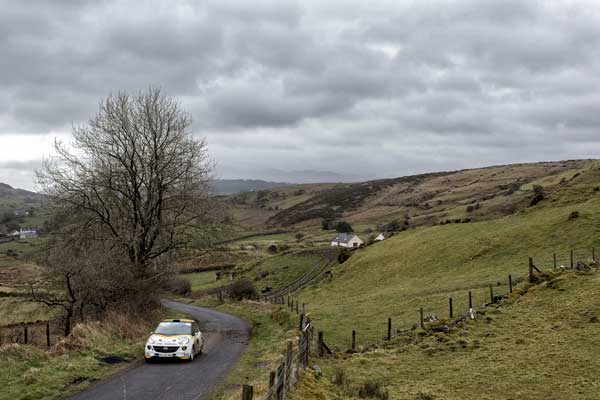 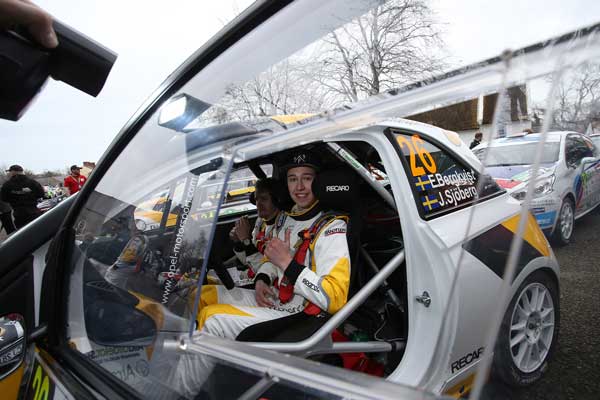 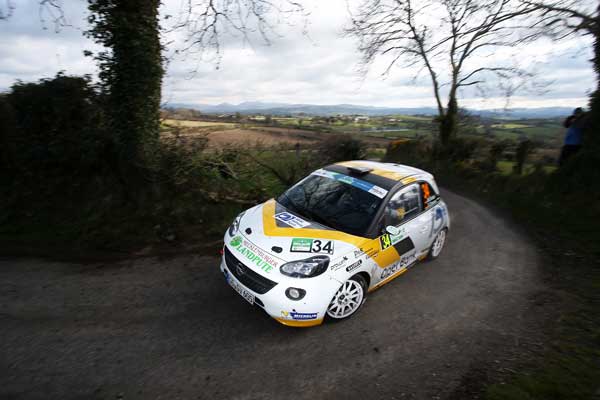 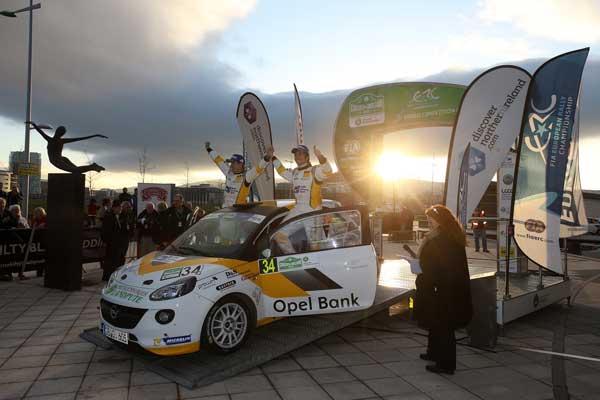 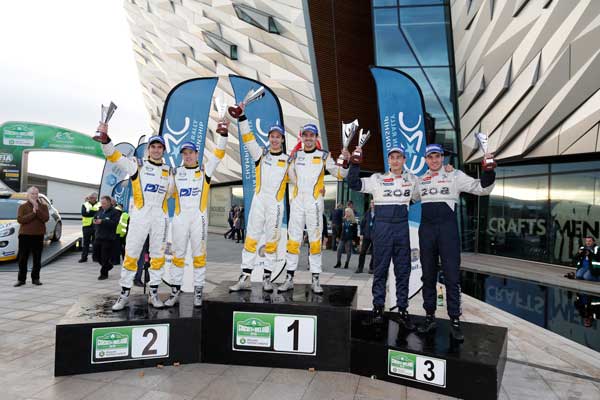 The podium of Circuit of Ireland Rally