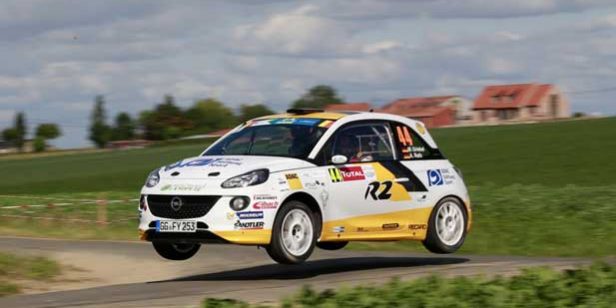 Emil Bergkvist and Marijan Griebel want nothing but the podium at the Kenotek Ypres Rally, fourth round of the FIA ERC Junior.

Just three weeks after the Azores Rally it’s time again for the FIA ERC Junior. From Friday to Saturday, on the asphalt of West Flanders, the Kenotek Ypres Rally will mark the second half of the European Championship season. The ADAC Opel Rallye Junior Team has strong ambitions with Emil Bergkvist and Marijan Griebel, who have proven to be competitive on tarmac as the one-two finish on the asphalt of Rallye Ireland last April demonstrated. The two also took part in last Rallye Wevik in Belgium last week to prepare in the best way for the Ypres Rally.

German Marijan Griebel hasn’t been lucky so far, as in two occasions he was forced to withdraw for technical problems while being in fight for the podium. However, thanks to the scoring system, he still has every chance of moving up the rankings. Only four of the six races of the FIA ERC Junior are taken into consideration for the final points tally. Therefore along with his co-driver Stefan Clemens he has set himself ambitious targets for the trip to Belgium. “I know the Ypres Rallye from last year and know exactly what to expect,” he said. “I like the stages and they should be well suited to me. The competition is probably going to be a lot stiffer than last year because the level in the FIA ERC Junior is so high this year. However, the entire ADAC Opel Rallye Junior Team is well prepared and we know that we have a fast car, especially on asphalt. I want a podium finish in Ypres!”

On the other hand Bergkvist and his co-driver Joakim Sjöberg have a good advantage in the general standings and know that with a victory in Belgium they could practically put their name on the cup. “Marijan will be very strong in Ypres,” said the current championship leader. “I am looking forward to a great rallye and a new challenge. We dropped some points in the Azores but we are determined to fight for a place on the podium in Ypres. We all realize that is will be tough in this very strong field. However, since Ireland at the very latest we know that our ADAM R2 can win on asphalt if we all do a good job. I obviously want to defend my overall lead, but in this strong field that will only be possible if I attack – and that is what I plan to do.”

Two customer ADAM R2s will also be participating in Ypres, with Julius Tannert and his Luxembourgian co-driver Jennifer Thielen along with Pole Aleks Zawada and his French co-driver Cathy Derousseaux racing under the Opel colors.

The first stage of the Ypres Rallye, which in total consists of 17 demanding stages covering 253 kilometers, will start on Friday afternoon. The following day, the action will start at 10:20 and end at 22:30. 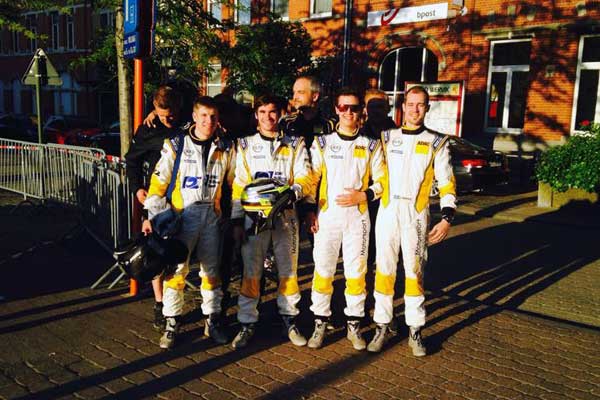 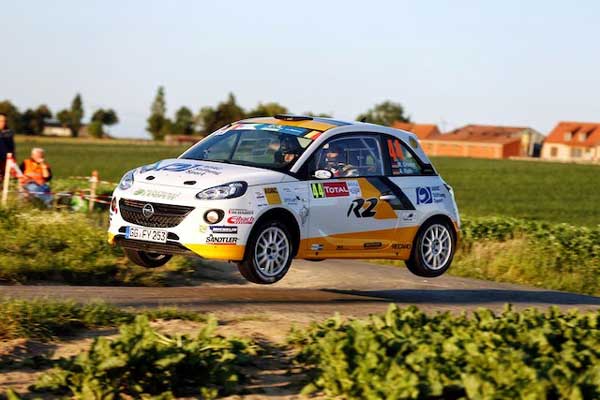 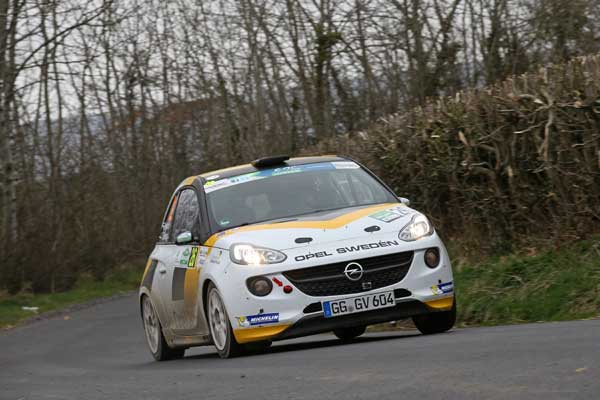 Emil Bergkvist on the asphalt of Circuit of Ireland Rally 2015