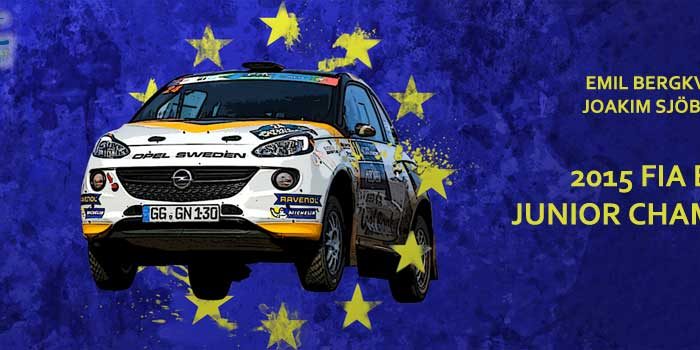 The Swede duo of the ADAC Opel Rallye Junior Team ended second in the auto24 Rally Estonia, clinching the first position of the FIA ERC Junior

Good first take for the ADAC Opel Rallye Junior Team. In the first full year of competition the ADAM R2 of the German Team has taken the FIA ERC Junior. Thanks to the second place in the auto24 Rally Estonia, Swedes Emil Bergkvist and Joakim Sjöberg won the continental title in the Junior category with still one round to go.

“I’m speechless,” said Bergkvist. “I want to thank everyone who contributed to this success, first and foremost Opel Motorsport and the whole team that always gave us a fantastic car. And of course my co-driver Jocke – without his perfect work this wouldn’t have been possible. The ERC Junior is so incredibly competitive that it takes a perfect team performance every time to get anywhere close to a podium finish. I really still can’t believe it!”

The crew ran a perfect rally in Estonia, keeping a spot in the top 3 throughout the whole race without taking risks for their ADAM R2. Despite a 10-second penalty at the start of the rallye, the duo managed to take advantage of their ability on the fast gravel surfaces to reduce the gap and clinch the final second place that gave them the certainty to be the new European Champions. For Bergkvist and Sjöberg, therefore, the final Barum Rallye in Czaech Republic will be a race show that they can drive without any pression.

This sensational result is a of course big satisfaction for Opel Motorsport Director Jörg Schrott, who didn’t miss the chance to praise the Swede crew: “One can’t applaud Emil’s and Joakim’s outstanding performance over the entire season enough. They were at the front of the field in every rallye and very cleverly captured the title. A huge compliment also goes to the whole ADAC Opel Rallye Junior Team. This passionate dedication and fantastic team spirit were the key to success. And we are of course extremely proud of our ADAM R2 that proved its ability to win under all conditions. To secure the title early in this tough championship in the first full year is much more than we could have expected. It is simply fantastic!”

Good news for EVO Corse come also from South Africa, where Leeroy Poulter and Elvéne Coetzee on Toyota Yaris S2000 of Castrol Team won the Volkswagen Rally in Port Elizabeth, fifth round of the South African National Rally Championship. Under heavy rains, the defending champions collected the second victory in a row keeping the lead from the first day of race and cutting the gap from Cronje and Houghton – current leaders of the general standings – to just 9 points with still three rallies to go.

Glyn Hall, Team Principal of Castrol Team Toyota, expressed his satisfaction and showed confidence for the final part of the season. “It was a fantastic weekend for us,” he said after the event. “Of all the rallies in the season, this is the one the drivers want to win most of all. The Longmore Forest stages have a reputation as the toughest on the rally calendar, and Leeroy showed his mettle by winning the longest of them despite the heavy rains that had soaked the stage.”

The next crucial round of the South African National Rally Championship is Cullinan Rally, scheduled in mid-August in Gauteng. 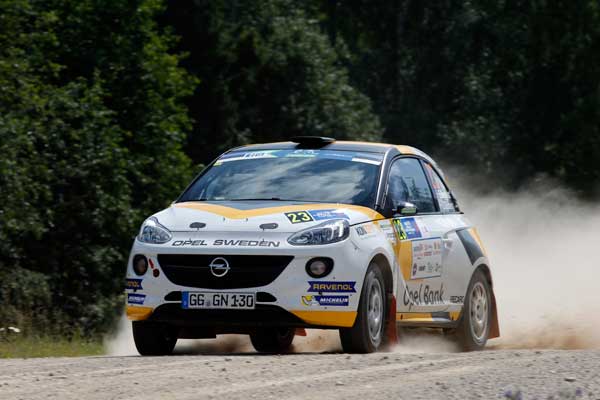 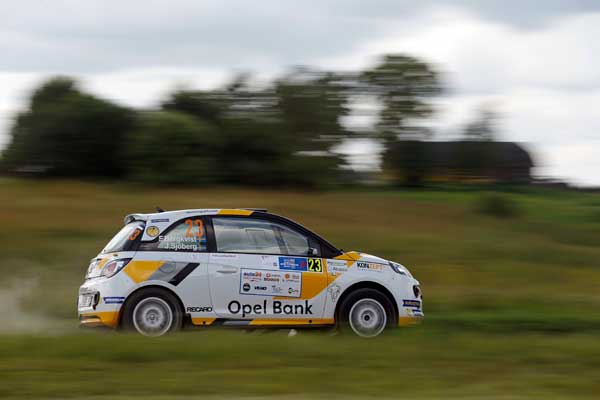 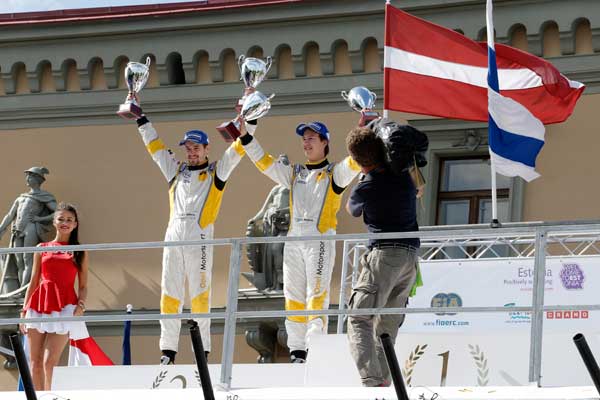 Bergkvist and Sjöberg celebrate the victory of the FIA ERC Junior 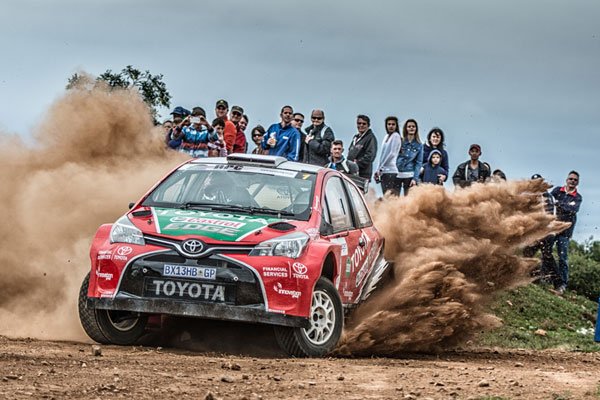 Poulter and Coetzee at Volkswagen Rally