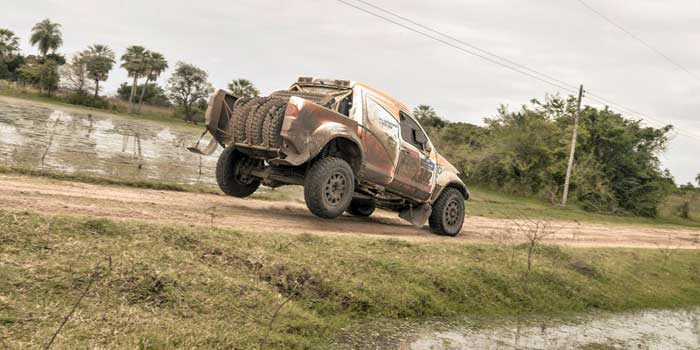 South Racing gained a fantastic result in Paraguay, winning the punishing Desafio Guarani – the second event of the Dakar Series. Czech Peter Jerie and French Laurent Lichtleucter ended first after the five demanding stages that took place on the muddy tracks around Asunción from 21 to 25 July collecting their second podium in career at the Dakar Series.

Despite not winning any stage, Jerie and Lichtleucter led a perfect and regular race, taking the top of the standings from the second day and keeping it until the final leg. On the remotest and toughest terrains in Paraguay the duo overcame several problems driving their Toyota Hilux to the finish line ahead of South American crews Maine/Carcasson (from Argentina) and Moreno/Calderon (from Colombia). “The race was really difficult,” admitted Jerie. “In all my years of racing, I have not raced in so much water and mud. The route was extremely challenging. I give a big thanks to Laurent and the entire South Racing team for making this win possible.”

South Racing also rejoiced in winning four of the five total stage with the other two crews. Spaniard Fernando Alvarez and his Argentine navigator Luciano Genonni ranked first in the two last days of the event finishing fourth overall. Paraguayan father and son crew of Viktor and Vernon Rempel won the first two stages before being forced to retire from the race for a damage to the engine of their Toyota Hilux.

“It was a difficult race, made more so due to the extreme rainfall that fell in the area before and during the event,” said South Racing’s director Scott Abraham. “This was a great result for our team and marked our first international race victory. It was a bitter sweet moment though after the retirement of Viktor and Vernon after such a strong race. I would like to thank the entire team and all the people who have helped build South Racing over the past two years and who continue to support us.”

The Desafio Guarani was the second of the three Dakar Series events. The first one was the Desafio Ruta 40 held in Argentina in May; the next one will be the Desafio Inca scheduled in Peru from 10 to 13 September. The best drivers of the Dakar Series will earn the right to take part in the prestigious Dakar Rally 2016 without paying thee entry fee. 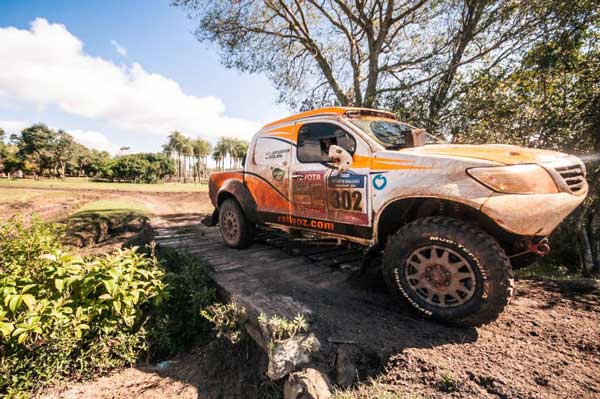 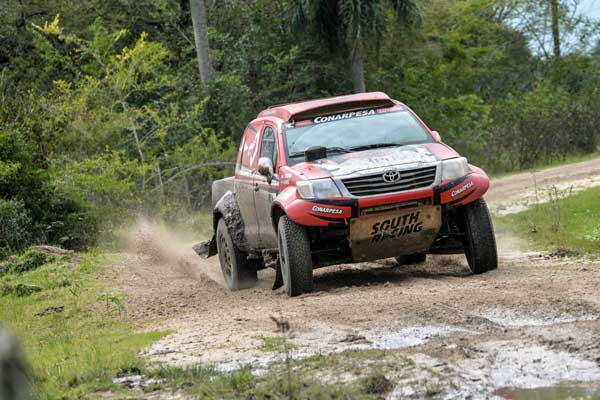 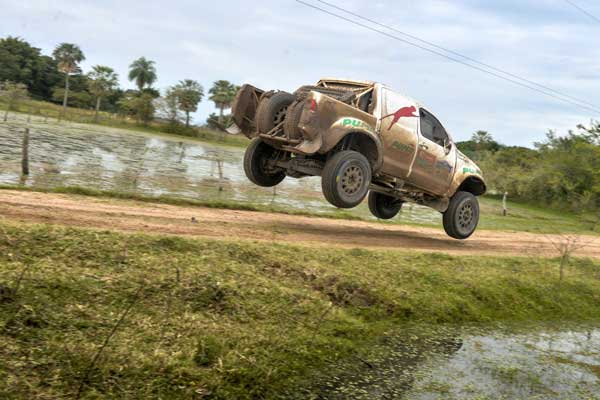