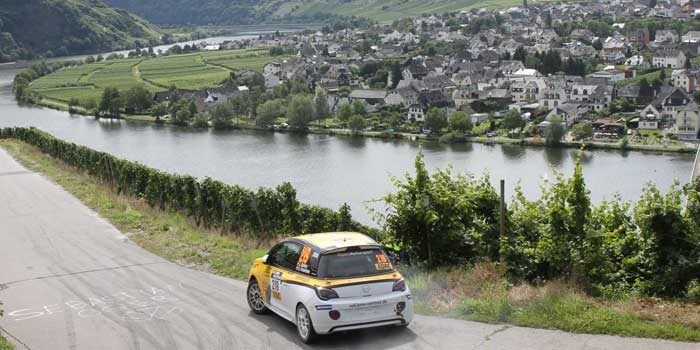 After the successful ADAC Rally Deutschland, the Opel Junior Team aims for victory in the Czech Republic to clinch the second place overall.

One last race to decide the FIA ERC Junior vice-champion. Next weekend the Barum Czech Rally Zilin will assign the second spot of the standings dedicated to the best young talents of Europe. The ADAC Opel Rallye Junior Team – which already clinched the victory with Bergkvist and Sjöberg – has high ambitions, especially after the fantastic results collected in last week’s ADAC Rallye Deutschland.

In the German round of the World Rally Championship, the ADAM R2s gave an outstanding performance in front of 225,000 enthusiastic fans. Just like last year, Marijan Griebel and Stefan Clemens captured the victory in the RC4 class leaving more powerful vehicles behind. Their Swedish teammates Emil Bergkvist and Joakim Sjöberg managed to finish fourth despite several tire problems.

For Griebel the victory on the German tarmac was an absolute confidence boost that has made him optimistic for the Barum Rally. “It is my second RC4 win in a row on ADAC Rallye Deutschland and I am really happy with the result, but now I’m already focused on the fight for the vice European Junior title” he said. “Being able to fight for the vice European title at Zlín shows that we have had a very good season so far and can rely on a strong package also in the final round. I finished second in the Barum Rally last year as I did in the two Tarmac rounds of the FIA ERC Junior 2015 so far. So we know we can fight for a win if we do a perfect job. Once again I expect an extremely tough rally. Chris Ingram will probably be the hardest opponent for the vice title. He will be strong as always. And for sure my team-mate Emil [Bergkvist] is the toughest competitor you can imagine.”

ADAC Rallye Deutschland has been a remarkable race also for Julius Tannert and Jennifer Thielen, who won the ADAC Opel Rallye Cup after another brilliant performance in their Team Schmack Motorsport-run Adam Cup Car. The German- Luxembourgish crew has proven to be the most regular throughout the whole season, winning five of the six rounds raced so far. “We have been working more than a year on this goal, so it was a big emotional moment when we had made it. I am so pleased,” said Tannert, who will try to surprise his competitors in the fight for the second place of the FIA ERC Junior. “Like the rallies before, it will be my first time at the Barum Rally. We want to learn the stages and make some more experience with the Opel Adam R2. After our podium in Ypres, it would be great to fight again for a great result.”

The Barum Czech Rally Zlín has a total distance of 645.41 km, of which 229.21 are driven in fifteen special stages. The prelude is scheduled on Friday night on the spectacular city circuit in Zlín, while on Saturday eight special stages will follow. On Sunday morning the drivers will race seven more stages on the Czech tarmac before the final awarding ceremony expected in the evening. 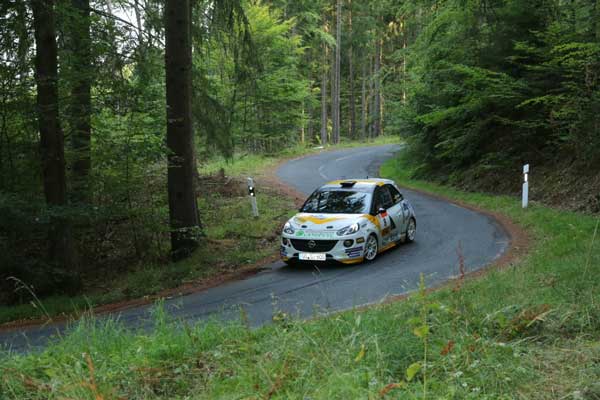 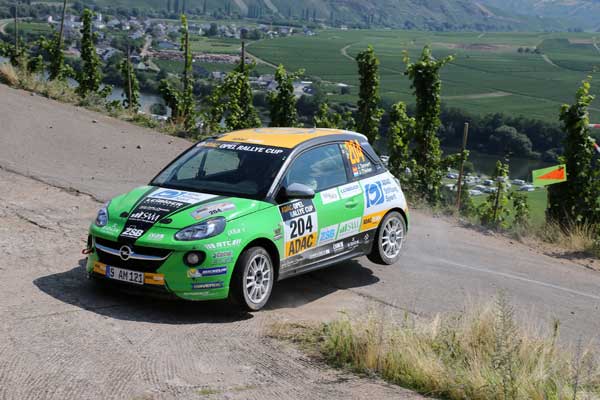