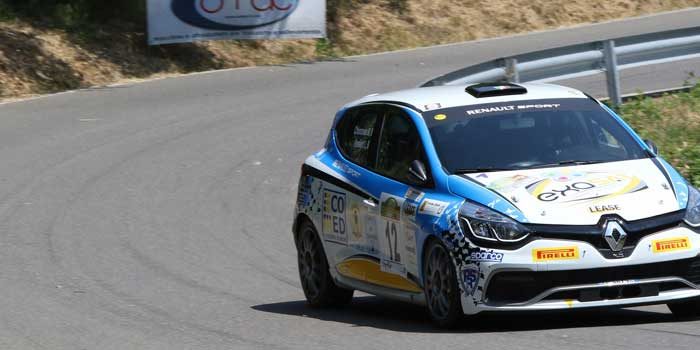 Holidays are over: at the 51st Friuli Venezia Giulia Rally the Clio R3T Trophy is back one month after the Casentino Rally. The competition dedicated to the 1.6 turbo cars of the French brand is now at the fifth of six rounds.

On the tarmac roads of Friuli, the former European champion Luca Rossetti is the favourite for the victory as he has won three of four races this season. With his co-pilot Matteo Chiarcossi, Rossetti will have to defend an advantage of 16.2 points from the first chaser Ivan Ferrarotti – navigated by Manuele Fenoli – who will try to retake the lead of the Clio R3T Trophy and of the Production class in the Italian Championship. The two will have to pay attention to the Slovene crew Aleks Humar-Florjan Rus, which in Casentino Rally achieved an excellent third position.

The Friuli Venezia Giulia Rally is valid also for the Italian Rally Championship and for the Clio R3T European Trophy, an International competition that involves drivers from Italy, France, Switzerland, Belgium, Spain and Portugal.

The total distance of Friuli Venezia Giulia Rally is about 400 km divided into 11 special stages. The first leg comprises five stages and will start on Friday afternoon from Cividale del Friuli after the morning shakedown. A show stage is also scheduled in the city centre of Udine. The second leg will take place on Saturday from 10 am with the remaining six special stages. 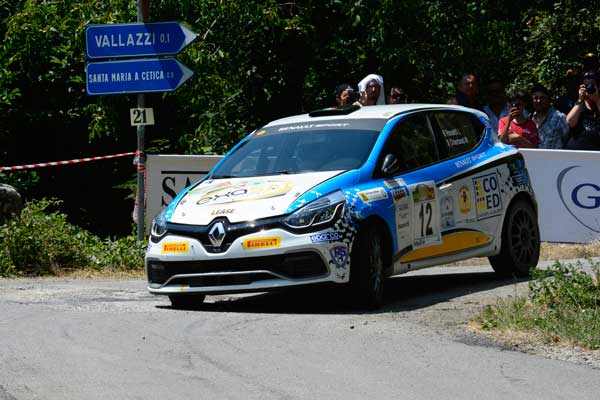 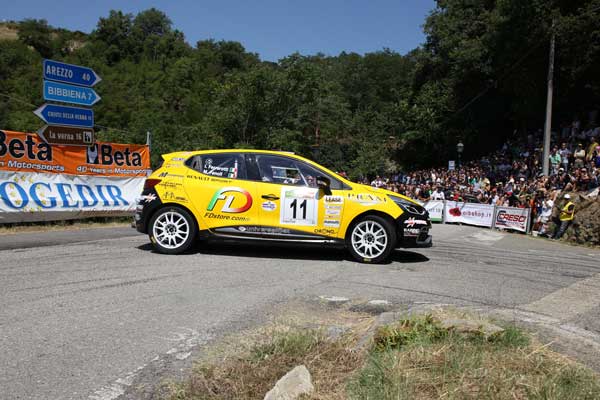 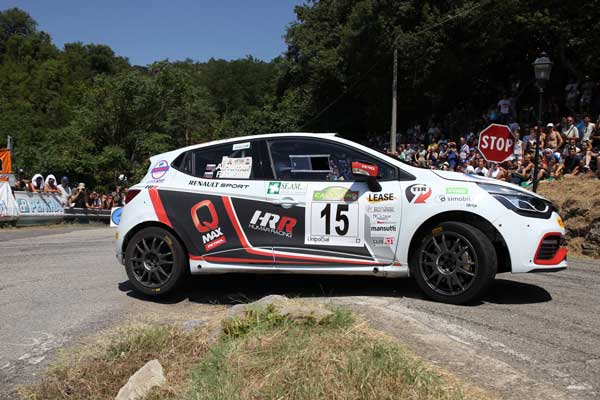