Last weekend was once again a successful one for the teams supplied by EVO Corse. Ten Brinke and Colsul caught the third position in the demanding Baja Poland – valid for the FIA World Cup for Cross Country Rally, while the ADAC Opel Rallye Junior Team dominated the Barum Rally – last round of the FIA ERC Junior – as the European Champion Emil Bergkvist won his third seasonal rally and Aleks Zawada clinched the third spot.

In the military area of Drawsko Pomorskie Dutchman Bernhard Ten Brinke and Belgian co-pilot Tom Colsoul claimed the lowest stop of the podium thanks to an impressive performance in the second leg of the rally despite the bad weather conditions. The Dutch-Belgian team, which is preparing for the next Dakar Rally, ended the race behind the Minis of Krzysztof Hołowczyc and the World Cup current leader Nasser Al-Attiyah, who took advantage of the diesel engine of their cars. “It was great rally for us. Baja Poland is an amazing, but a very specific event,” said Ten Brinke. “It’s very hard to compete against Mini which, thanks to its diesel engine, has a lot more torque. We have a petrol engine in our Toyota that plays to our disadvantage mainly in a sandy terrain.”

Other Overdrive Racing crews occupied the three following positions as Martin Kaczmarski and Tapio Suominen ranked fourth, Marek Dabrowski and Jacek Czachor ended fifth while the defending champions Vladimir Vasilyev and Konstantin Zhiltsov finished sixth. Polish Kacmarski was only partially satisfied with the final result: “I’m fourth and I have to take it as a success. We’re made it to the end in one piece, so I’m very pleased. I regret that we have lost third place. The podium wasn’t far away.”

After four rounds in Europe, the FIA World Cup for Cross Country Rally will go back to Africa with Rallye du Maroc from 3 to 9 October.

In the Barum Czech Rally Zlìn Emil Bergkvist and Joakim Sjöberg won in grand style proving one more time to be the best crew of the Junior Championship. “I am overjoyed,“ beamed Bergkvist. “This rally was the perfect end to a perfect season. Everything went according to plan, we were able to control the race from our leading position. We all worked so hard for this success, and it is great to see that our hard work paid off. Many thanks to my fantastic team from Opel Motorsport. Without them none of this would have been possible.”

Surprising Aleks Zawada, navigated by Cathy Derousseaux, ranked third achieving another fantastic result after the first place in Belgium at Ypres Rally. The Barum Rally was instead disappointing for Marijan Griebel and Stefan Clemens who had a stroke of bad luck suffering a puncture while they were on the way to become European vice-champions. The German crew managed to end the season in the third position, but Griebel wanted more: “We deserved second place. It is really bitter that a tire defect ruined everything. But with a little time and distance, I‘ll be able to look back at this year with the ADAC Opel Rallye Junior team with great satisfaction. We were really competitive in this extremely tough championship and drove a strong season.”

Opel Motorsport Director Jörg Schrott was of course very pleased with the Opel teams‘ performance in the Czech Republic: “This result again shows that the ADAM R2 is currently the benchmark in the R2 class. Our European champion Emil once again gave us a taste of his exceptional talent. I feel very badly for Marijan, who yet again suffered a tire puncture that cost him a better result. My compliment go to Aleks and the other drivers of our customer cars, who were very fast.” 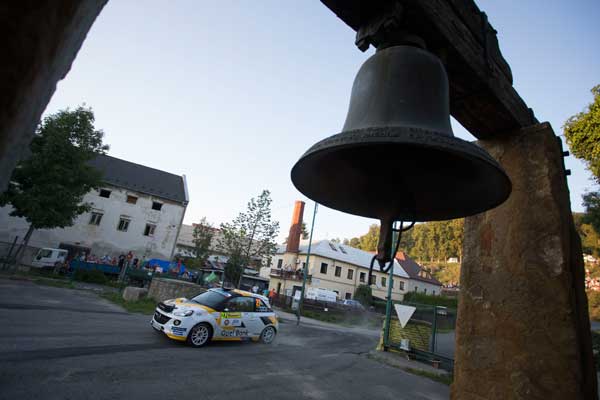 Bergkvist and Sjöberg at Barum Rally 2015 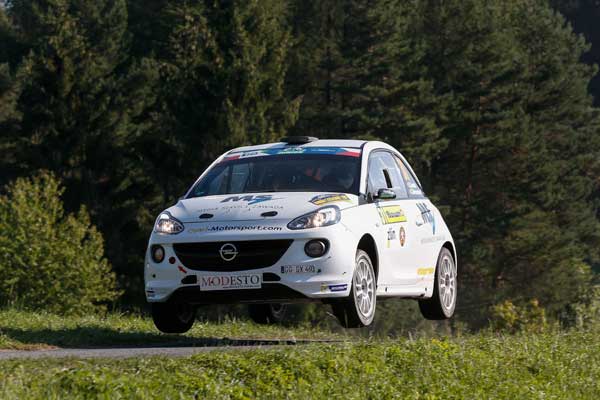 Zawada and Derousseaux at Barum Rally 2015 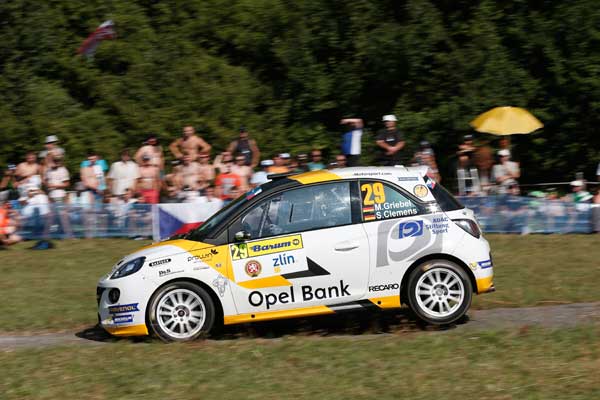 Griebel and Clemens at Barum Rally 2015