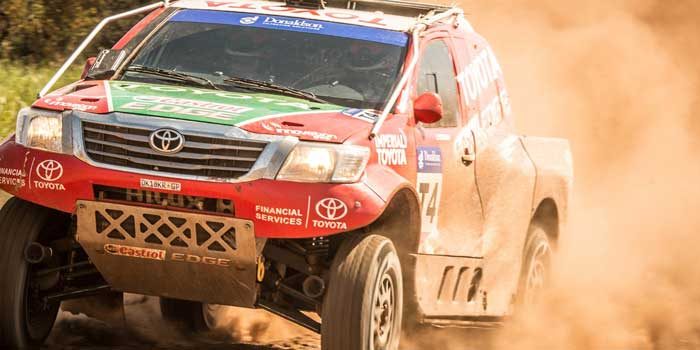 Castrol Team Toyota’s Leeroy Poulter and navigator Rob Howie have the first chance to clinch the first spot of the 2015 Donaldson Cross-Country Championship, when they race in the Vryburg Endurance – fifth round of the South Africa national championship scheduled this weekend in the northern city of Vryburg.

The crew has led the Castrol Team Toyota Hilux to victory in three of the four rounds of the championship this year, finishing third in the Toyota 1,000 Desert Race, the only appointment they didn’t win. Poulter and Howie are now a 44 points advantage on their closest rival, and need a third place or better to secure the first place overall.

The first chasers are teammates and defending champions Anthony Taylor and Dennis Murphy, driving an identical Castrol Team Toyota Hilux. The two have had a strong season, but a DNF in the last Nkomazi 450 Rally increased their gap from the first position of the championship. Taylor and Murphy have themselves a consistent 43 point advantage on the nearest crews, and with a third place in Vryburg can be sure to be the 2015 Donaldson Cross-Country Championship runners-up.

“It has been a fantastic season for us so far,” says Castrol Team Toyota’s Team Principal, Glyn Hall. “Both Castrol Team Toyota crews have performed extremely well, and the fact that Leeroy and Rob are in a position to wrap things up with one round to spare bears testament to that.”

Vryburg Endurance commences on Friday morning with a prologue race to determine the starting positions for the main event. The actual race starts at 07:30 on Saturday with the start and finish at the Vryburg Motor Club on the outskirts of town. 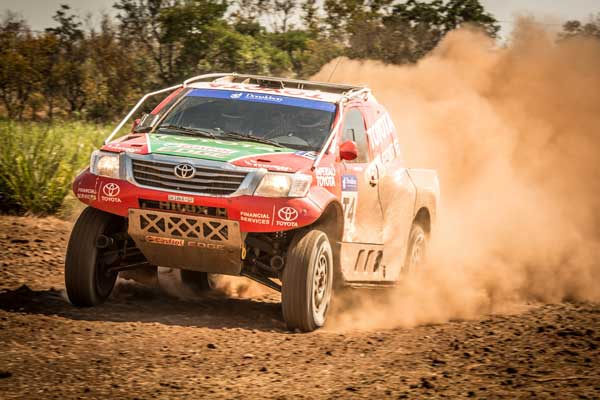 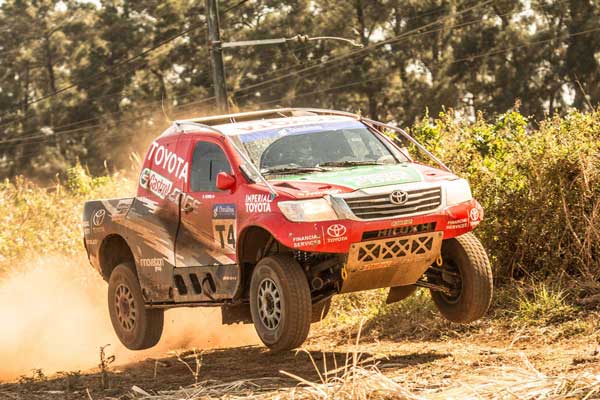 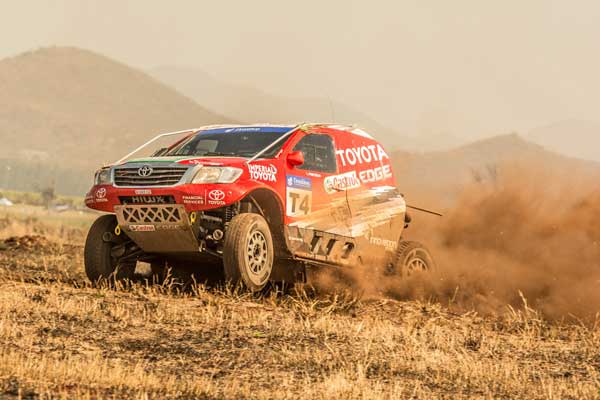 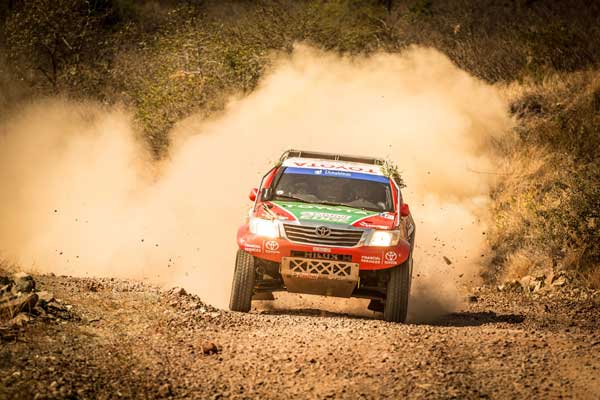