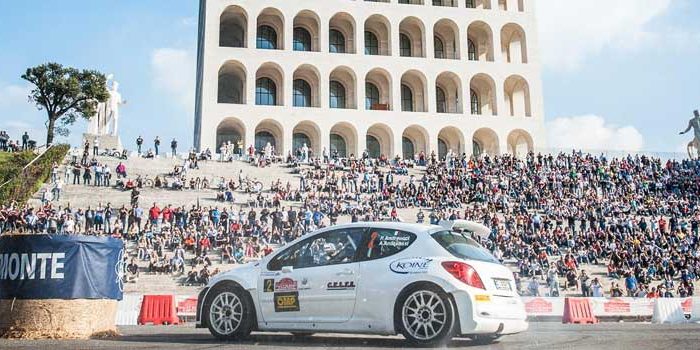 All the best Italian drivers will take part in the “Rally di Roma Capitale”, seventh round of the Italian Rally Championship.

The countdown is over. Tonight the “Rally di Roma Capitale” – second last round of the Italian Championship – will officially start. The race is one of the most awaited events by Italian motorsport fans, who are ready to live a spectacular and emotional weekend.

On the streets of Rome, the favourits are of course the Italian champions Paolo Andreucci and Anna Andreussi on Peugeot 208 T16 R5, who will try to catch the fifth seasonal victory and to give Peugeot the “brands title”. Their main opponents will be Umberto Scandola on a LPG fuelled Ford Fiesta R5, and the official Skoda driver Umberto Scandola, on the new Fabia R5. For both of them the rally is crucial for the second place of the general standings, that currently sees Basso having a seven-points advantage on Scandola.

The special guest of the event is Lorenzo Bertelli, current WRC driver, who has been called by the organizer Max Rendina – winner of the WRC2 production in 2014 – to open the race in the first special stage. With this choice Rendina has clearly demonstrated the willing to give prestige to an event that aims to be part of the international calendar in the future.

For 2015 the Rally “Rally di Roma Capitale” has a new itinerary – entirely on tarmac – that is inspired by the traditional Central Italy rallies, characterized by technical and difficult tracks. The race will start on Friday evening with show special stage at the “Colosseo quadrato” (squared Colosseum), in front of more than 20.000 fans. On Saturday and Sunday the rally will continue with the remaining eleven special stages around the town of Fiuggi, where the “Service Area” is installed. The arrival is expected on Sunday late afternoon at Lido di Ostia, where the final ceremony will take place.

The Italian Rally Championship will close in Verona with Rally Due Valli, scheduled from 9 to 11 October. 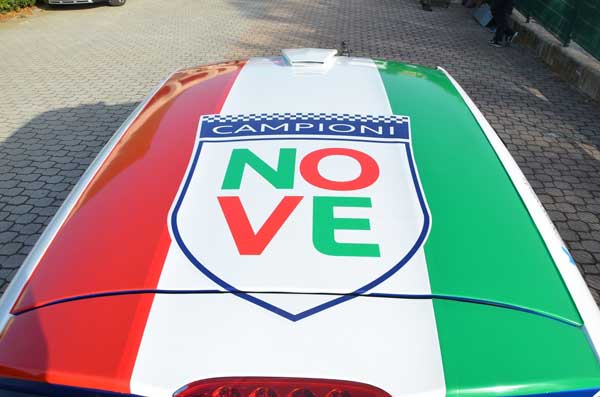 The new livery of the Peugeot 208 T16 R5 of Paolo Andreucci, who recently won is ninth Italian champion. 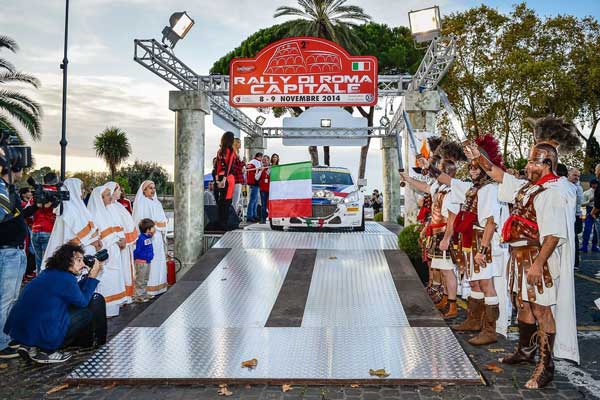 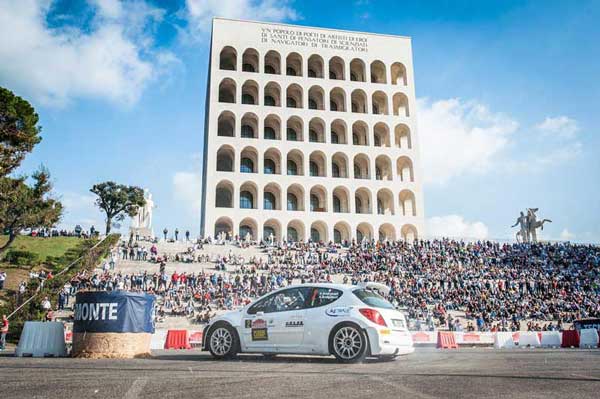 The special stage in front of the “Colosseo quadrato”