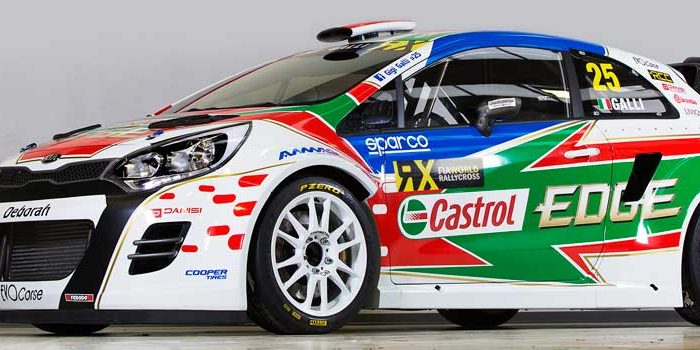 EVO Corse arrives in the FIA World Rallycross Championship. The Italian wheel producer company, which for years has been partner of many international rally teams, will provide wheels to GGRX – Gigi Galli’s new WorldRX team.

The new KIA Rio SuperCar, developed by Gigi Galli’s team, will have a customized version of SanremoCorse rims 8×17”. EVO Corse technical department has worked in cooperation with the staff of the Italian driver in order to realize a wheel that perfectly fit the needs of the car that will race in mixed surface circuits all over the world.

“We are proud to be part of such an ambitious project,” stated engineer Luca Meneghetti, EVO Corse general director. “Gigi Galli is one of the greatest and most popular rally drivers of Italy and we want to support him in the best way possible, in order to help him to gain new important wins. To develop this special version of SanremoCorse we made the most of our experience in motorsport that over the years has given us countless satisfactions, such as the recent victory of the FIA ERC Junior with the Opel ADAC Rallye Junior Team. Our work is not over though, as we will constantly analyze the performances of Gigi’s KIA Rio SuperCar in order to evaluate new modifications that could improve the efficiency of the wheel.”

The official debut of Gigi Galli’s KIA Rio SuperCar is scheduled on October 16 at Franciacorta International Circuit, for the Italian round of the World RX; awaiting 2016 season that promises to be exciting. 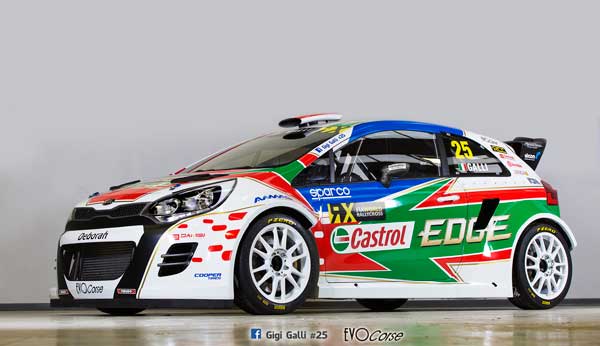 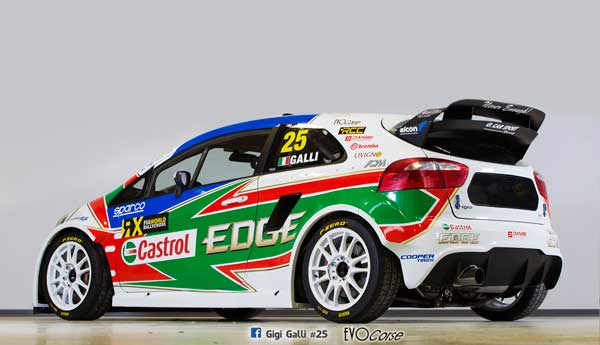