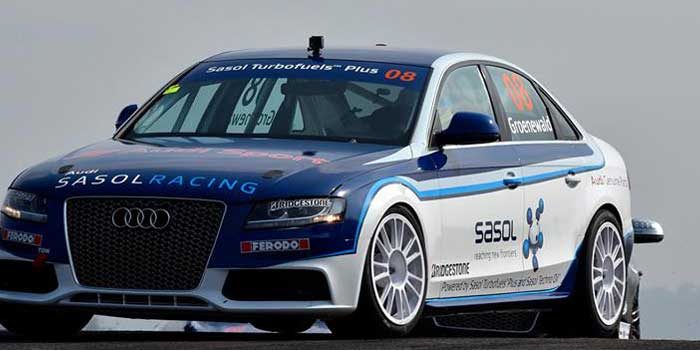 Veteran Hennie Groenewald on Audi A4 entered the race with an 8 point advantage on his only title rival Michael Stephen. The weekend started perfectly for the Sasolracing driver, as he claimed the pole position gaining one more point in the standings. In the opening race then Groenewald took the lead from the beginning and thanks to the help of his teammate Gennaro Bonafede managed to keep the first position until the end increasing the point advantage on Stephen to 13 points.

In the second heat the starting grid was inverted, therefore Groenewald started fifth while Stephen was ahead. Groenewald was involved in many close battles and couldn’t make better than a final third place, on the other hand Stephen kept the lead with no difficulties reducing the gap to 8 points.

In the final heat Groenewald started from the second position with Stephen just behind. The race was thrilling, with the spectators cheering as positions were won and lost, several times a lap, and the commentators struggling to call the race, such was the extreme action going on around the track. Groenewald had to defend from the attacks by Stephen and Wolkswagen’s driver Graeme Nathan, and despite being on his own due to Bonafede’s withdrawal, managed to cross the line in first place earning the Audi Sasolracing team the Production Car title.

“I’m relieved,” said Groenewald.  “It has been a five year journey with Sasol and I am delighted to repay their belief in me and this championship is their reward. The pressure today was immense.  ”.

Also Team Manager Vic Maharaj was satisfied with the result: “Mission accomplished. We kept our cool amidst a lot of emotions.  It is a delight to work with two drivers who work together to achieve a common goal.  We have a perfect blend of youth and experience. We sacrificed some of our races during the season for strategic reasons.  I want to thank Sasol for their patience, trust and investment”. 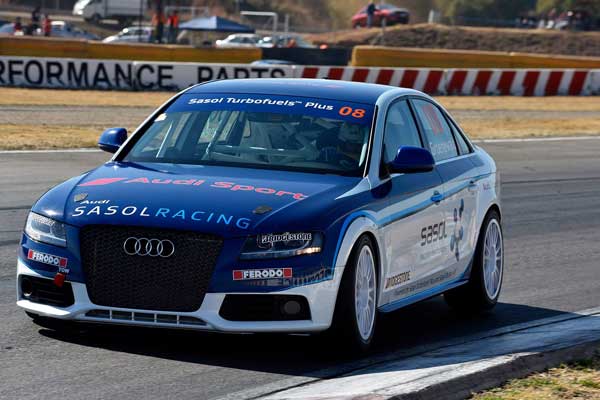 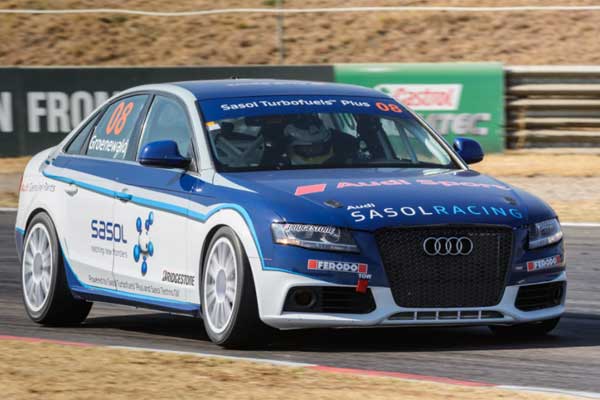 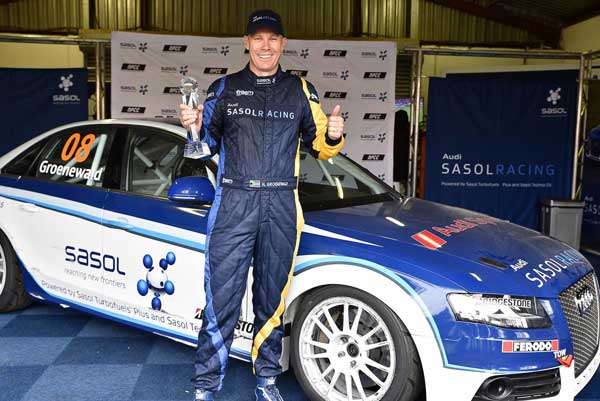