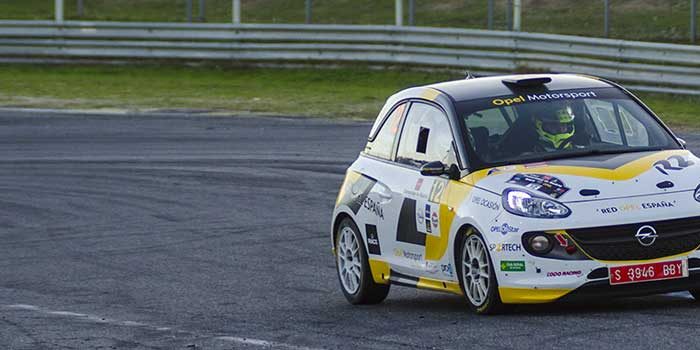 In Spain the car by Opel wins the National Junior Title and the Lady Championship confirming to be the best car of Europe in the R2 class.

Opel ADAM once again. After the FIA ERC Junior title claimed by Emil Bergkvist and the fantastic results in Germany and France, the R2 Opel car has been protagonist in Spain winning two titles with Opel Motorsport Team Spain.

At the Rallye Comunidad de Madrid – last round of the Spanish National Tarmac Championship – Ángel Paniceres was crowned winner of the Spain Junior Trophy, while Angela Vilariño celebrated with a victory the title of the Women Championship that she had already achieved. Esteban Vallin was really close to a title too, but a transmission problem forced him to withdraw from the race and to abandon any hope to win the R2 Trophy.

Young driver Angel Paniceres was called to make a solid performance, and didn’t fail the expectations.  He imposed its pace among juniors in most of the stages managing to finish third in the R2 category and collecting the points necessary to keep the lead of the Junior Trophy.

On the female side, Angela Vilariño was much less under pressure, as she was sure to finish the lady Championship at the top position. Despite this, she didn’t spare herself and won all the stages but one, consolidating the title. For Angela Vilariño 2015 has been a great year, where she has shown a continuous evolution of her driving skills.

The bitter side of the race came from Esteban Vallin, who suffered a broken driveshaft and was forced to retire, losing all the chances to gain the R2 title. Anyway, this season has been very positive for him, and this is proved by the support he received by his fans at the end of the rally.

Opel Motorsport Team Spain closes a fantastic season winning two of three possible titles; 2016 is expected to be even better, as the Opel ADAM has proved to benchmark in the R2 class in Europe. 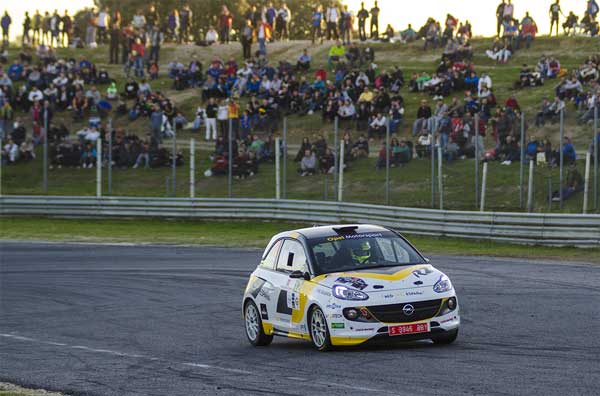 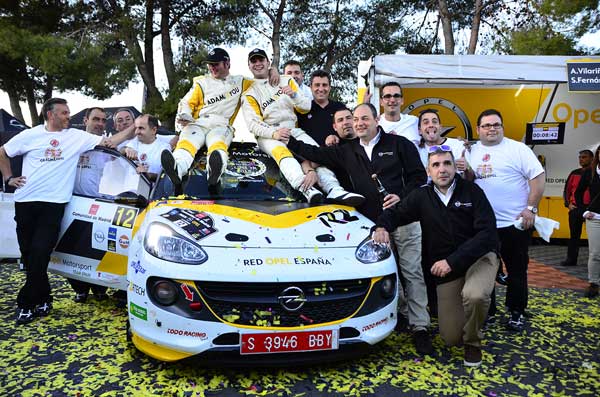 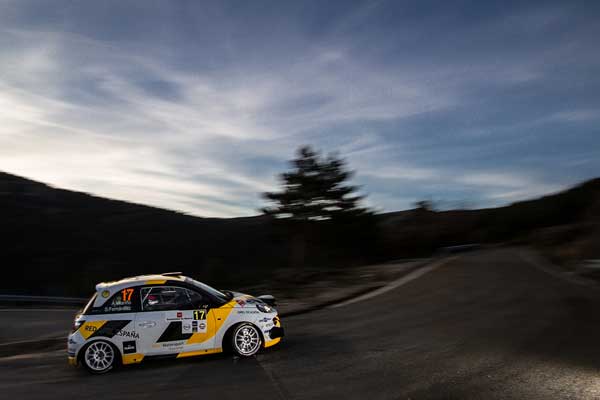 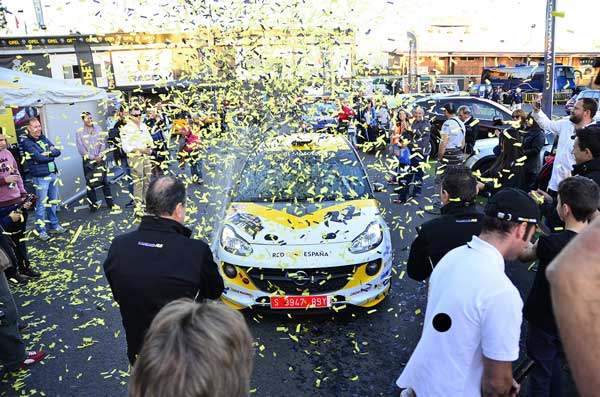