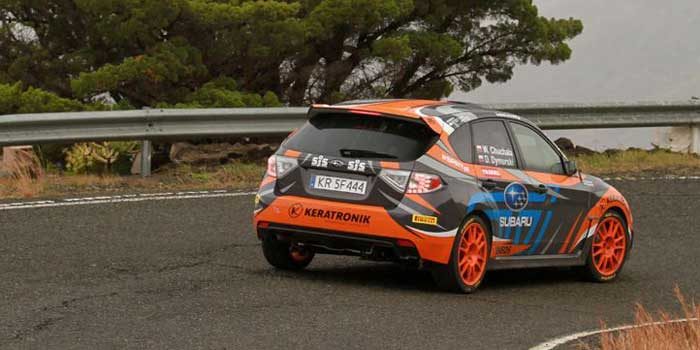 The wait is over. Today Rally Islas Canarias El Corte Inglés officially opens the FIA European Rally Championship 2016, the most important rally competition in Europe. The race, which comes back in the calendar after two years away, is the first of ten rounds that will be held all around Europe on gravel, tarmac and mixed surfaces.

Seventeen crews of R5 cars have entered Rally Islas Canarias. The main favourite for victory is of course defending champion Pole Kajetan Kajetanowicz on Ford Fiesta R5, although this will be his first rally in the Canary Islands. Hungarian Dávid Botka on Citroen DS3 R5 – winner of last year’s ERC2 – and Russian Alexey Lukyanuk on Fiesta R5 are expected to be his closest rival, as well as M-Sport WRC driver Mads Østberg who ranked fourth in recent Rally Mexico last week.

In the ERC2 – dedicated to production cars – 2014 Polish Champion Wojciech Chuchała on Subaru Impreza STi will defend his position against the assaults of Mitsubishi drivers, including Argentine Juan Carlos Alonso on Lancer Evo IX and Italian Giacomo Scattolon on Lancer EVO X. Also outsiders Tibor Érdi and Péter Ranga hope to join the battle for the title and to succeed fellow countryman Dávid Botka.

Despite Rally Islas Canarias El Corte Inglés doesn’t count for the ERC Junior, many R2 cars are taking part into the race for the ERC3. Opel ADAM R2s of Aleks Zawada and Łukasz Pieniążek have the highest chances of victory, followed by Renault Clio R3Ts of Zoltán Bessenyey, Gil Antunes and Joao Correia and Peugeot 208 R2s of Łukasz Habajand and Marco Cid.

Rally Islas Canarias El Corte Inglés has come to its 40th edition and takes place from 10 to 12 March over the asphalt roads on mountainous terrain of Gran Canaria. The itinerary is made up to 13 special stages totalling 215,2 competitive kilometres. The Qualifying Stage is taking place on Thursday 10 March, followed by a superspecial stage in the island’s capital Las Palmas. Friday begins with the longest stage of the rally, the 24,73 km Moya, which is the first of a loop of three tests that are repeated later in the day. The race ends with two runs over another three-stage loop on Saturday, including the 22,84 km Ingenio.

The next round of the FIA ERC will be Circuit of Ireland Rally, scheduled from 7 to 9 April in Northern Ireland. 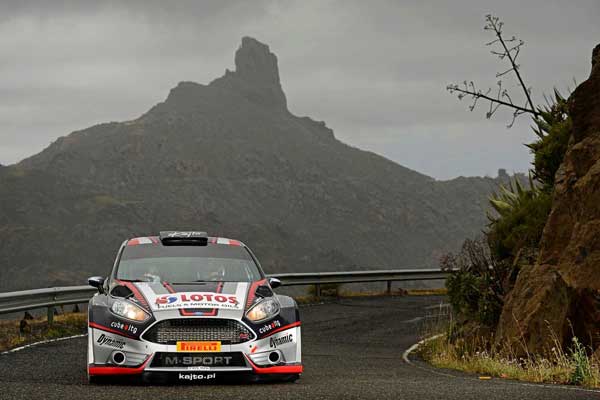 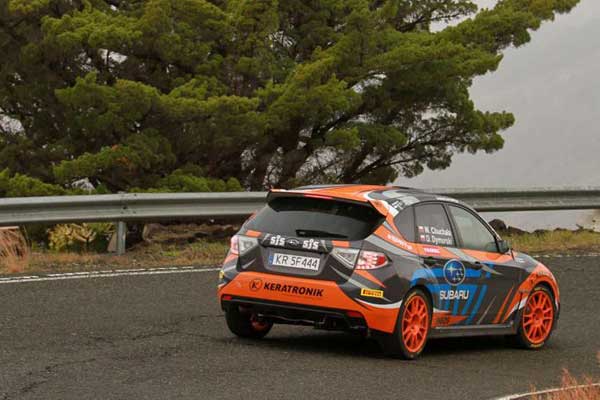 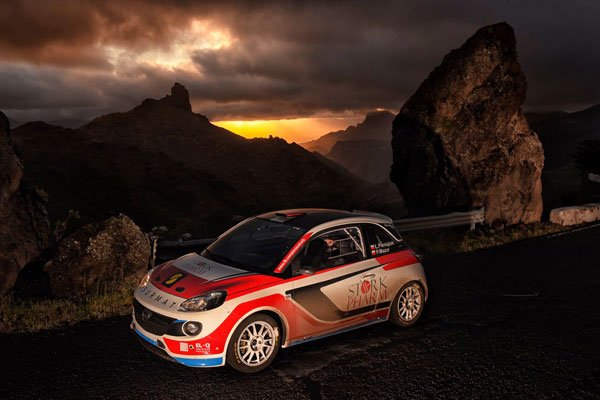