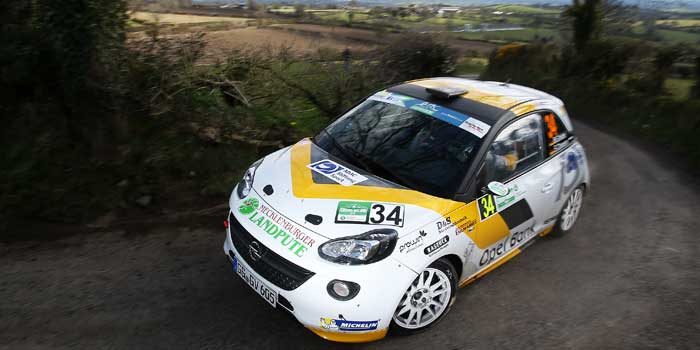 The Opel Adam R2’s of the ADAC Junior rally team chase the second title in a row on the country asphalt roads around Belfast.

The FIA European Rally Championship heads to Northern Ireland for the second seasonal round, the classic Circuit of Ireland, from 7 to 9 April. The event, which also marks the start of the ERC Junior Championship, is one of the oldest rallies in the world as it has come to its 85th edition. The race is run on tarmac over country roads to the north and south of Belfast, giving all fans the possibility to admire the fastest rally cars on the most beautiful landscapes of Europe.

77 cars will take to the high-speed asphalt lanes, amongst them 38 are R5 and Super2000. The top seeds are last year’s winner Craig Breen on Citroën DS3 R5 and reigning European Champions Kajetan Kajetanowicz on Ford Fiesta R5. They are challenged by two strong British drivers: Keith Cronin on DS3 R5 who is proving to be a master of Irish asphalt this year and Elfyn Evans who dominated the two WRC2 rounds run so far this year.

Beside the Opel Adam R2’s three Vauxhall Adam R2’s will start from Belfast on Friday, as the Circuit of Ireland is valid for the British Rally Championship. It is the first time the two cars will compete one against other in an international event, and there is big curiosity to see which of them will win the duel. Both are powered by the same 1.6 naturally aspirated petrol engine, producing 182bhp and 140 lb of torque, but run different tyres and use different kinds of fuel. The abilities of drivers will probably be the crucial factors: Irishman Robert Duggan, Swede Mattias Adielsson and Australian Arron Windus of Vauxhall Motorsport Junior Rally Team are called to a tough fight against their colleagues of the ADAC Rally Team.

This year’s event will be fought over 14 stages and 209.56 competitive kilometres. The action begins on Thursday 7 April with a 4.22-kilometre Qualifying Stage to help determine the running order for leg one among priority drivers. On Friday drivers head north from Belfast for five stages including the rally’s longest, the 31.21 kilometres of The Glens, before a short street stage in Newtownards. Saturday’s route goes to the south for a loop of four stages that’s repeated in the afternoon.

The next round of the European Championship will be the Seajets Acropolis rally in early May, while the FIA ERC Junior will come back with the Azores Airlines Rallye at the beginning of June. 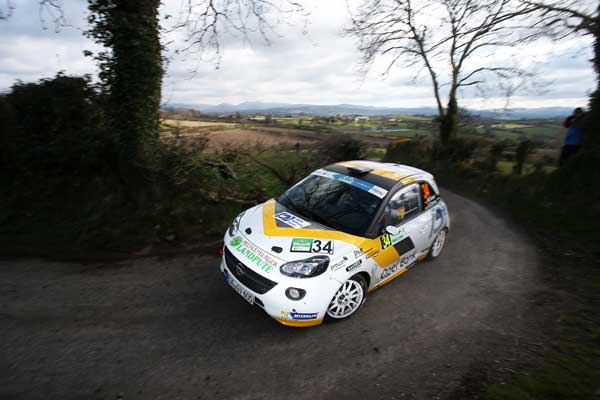 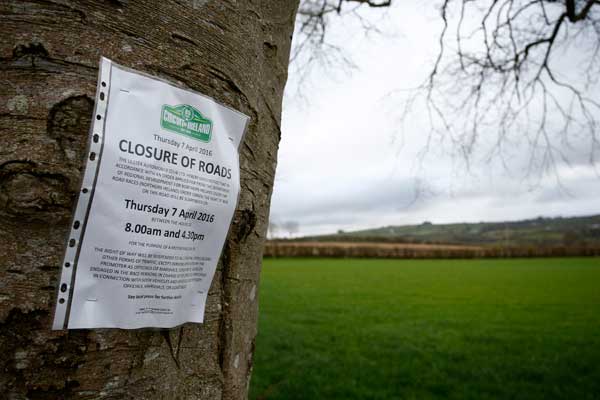