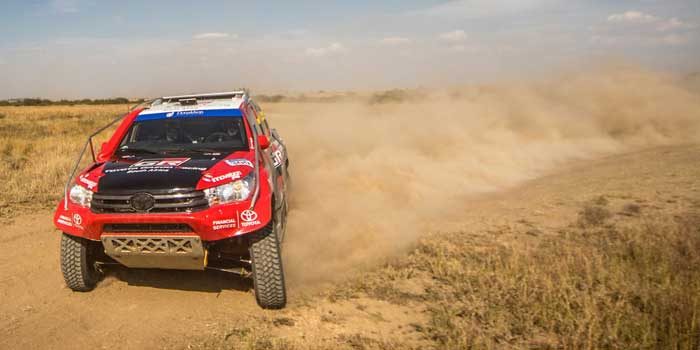 Leeroy Poulter knows only victory. The fifth driver of the Dakar Rally 2016 won Vredefort Super Sprint, Round 2 of the 2016 Donaldson Cross-Country Championship, after winning Round 1 in Vryburg in early April and collecting two first places in the two rounds of the South African Rally Championship raced so far. Poulter – navigated by Rob Howie – drove its Toyota Gazoo Racing SA Hilux to a fantastic comeback; teammates Anthony Taylor and co-driver Dennis Murphy clinched the second spot in an identical vehicle.

“We couldn’t be happier with the way our motorsport season has started,” said Toyota Gazoo Racing SA Team Principal, Glyn Hall. “We won both opening rounds of the rally championship, and have now done the same in the cross-country championship. Leeroy currently leads both championships, and we are excited about our prospects for the rest of the season.”

Poulter-Howie had to strive hard for this victory, as they trailed the Ford of former champions Chris Visser and navigator Ward Huxtable after the first loop of 100 km by 20 seconds, while Taylor/Murphy were further down the order, in fifth place, 1:08 behind the leaders.

“The track was covered in grass in most places,” said Poulter after the first loop. “This not only made it surprisingly slippery, but also obscured the tracks that we were racing on.”

On the second loop both Toyota Gazoo Racing SA crews fought back, recording the fastest times and making up enough time to hand them first and second in the overall standings after 200 km of racing. Taylor-Murphy set the fastest overall time on the second loop, beating teammates Poulter-Howie by 19 seconds. But then Poulter-Howie had a one minute and one second in hand over their teammates after the first loop, so they still ended ahead of Taylor/Murphy in the final standings.

“What a race we had today,” said former multiple champion Taylor after completing the Vredefort Super Sprint. “We pushed very hard on the second loop, and the Toyota Hilux ran like clockwork. We had to make up a lot of time, and that’s exactly what we managed to do – first and second for the team is exactly what we were aiming for.”

As a result, Toyota was also awarded the Manufacturer’s Award for the inaugural Vredefort Super Sprint.

The next round of the 2016 Donaldson Cross-Country Championship is the Toyota 1,000 Desert Race, which takes place in Botswana over the last weekend of June, 2016. The Desert Race is the flagship event in the championship, and features a three-day race over a total distance of 1,000 km. 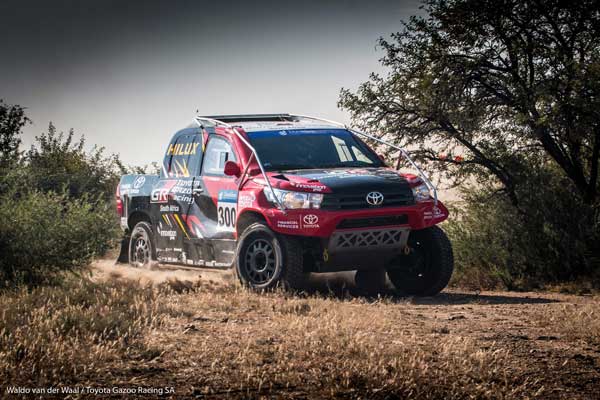 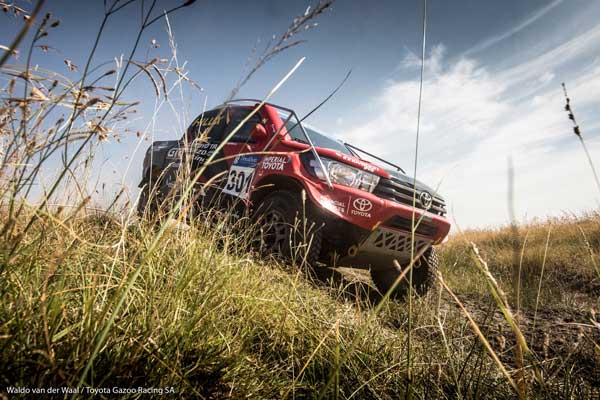 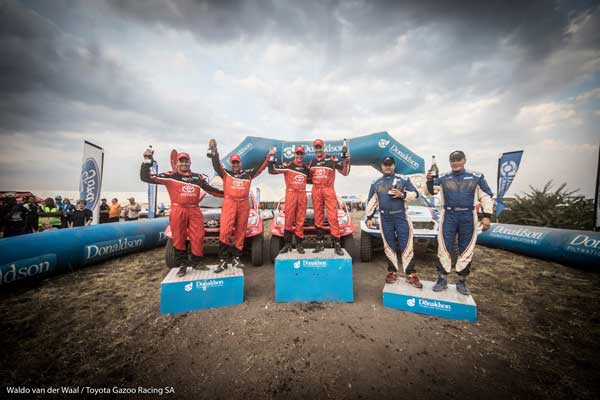 The podium of Vredefort Super Sprint