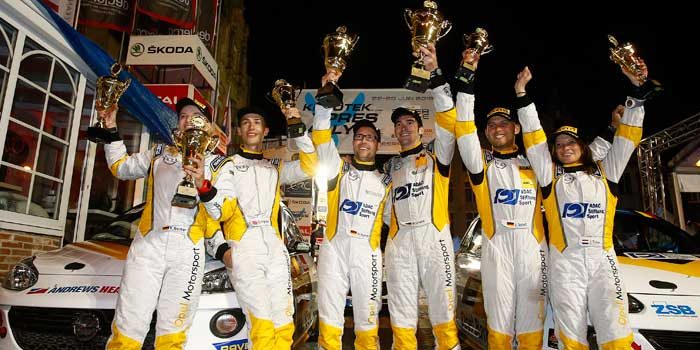 Opel celebrated an historic success in Kenotek Ypres Rally, third round of the FIA ERC Junior 2016. On the treacherous asphalt slopes around Ypres in West Flanders, the speedy Opel ADAMs R2 show their qualities in a field of 35 R2 vehicles, including 13 in the Junior category. At the end of the event the three Rüsselsheim cars occupied the first three positions.

The jubilation of Marijan Griebel knew no bounds. Often the 27-year-old Opel driver had been really close to the first win of the ERC Junior, but just as often the rally fate had denied him this triumph. This time everything went smoothly. After an impressive ride and a hard fight over 17 special stages for a total of 250 kilometers, Griebel and his navigator Stefan Kopczyk showed up as winners on the finish ramp of Ypres city center.

“I find no words to describe what is going on inside me,” Griebel tried to articulate his emotions. “Despite some setbacks, we never gave up and always believed in the strengths of the entire Opel team. And finally we had also a bit of luck, without which it simply does not work at this level. At this point I can only say thank to Opel Motorsport and to my fantastic team, to my co-driver Stefan, to my sponsors and supporters, and to everyone who believed in me. This is simply overwhelming!”

The toughest competition for Griebel / Kopczyk came from their own team. Chris Ingram and his German co-driver Katrin Becker of the Opel Rally Team continued the stable companion throughout the rally under pressure, ending up beaten by just 30 seconds. “Huge compliment to Marijan and Stefan, they did a fantastic job,” Ingram bowed. In Belgium Ingram collected the second place for the third time this season strengthening his lead in the FIA ​​ERC Junior general standings. “I am very satisfied with our performance. Our ultimate goal was to collect further important points for the championship. Therefore, we have not attacked at the end to avoid any risk. Anyway Marijan was very, very hard to beat.”

With Julius Tannert and his co-driver Jennifer Thielen clinching the third position, the victory for Opel was complete. Three factory Opel on the first three positions of a European rally Championship-run had never happened before. “A fantastic feeling to stand here with our teammates on the podium,” enthused Tannert, who competes as Griebel under the application of the ADAC Opel Rally Junior Team. “After the failure in the first two European Championship races in Ireland and in the Azores, there was only one thing for us here: clean run through and score. This has worked fantastic, I’m over the moon.”

Opel Motorsport Director Jörg Schrott was full of praise: “This success here in Ypres is truly historic. Our driver and navigators have just done a fantastic job as the entire team. And our ADAM R2 has once again proved to be the car to beat in its class.”

The junior European championship table looks very gratifying from Opel’s point of view: at the midpoint of the season Ingram leads with 87, with Griebel chasing with 72 points. Tannert made has now 37 points and is currently at the sixth place. The next round of ERC Junior rises from 15 to 17 July at Estonia. 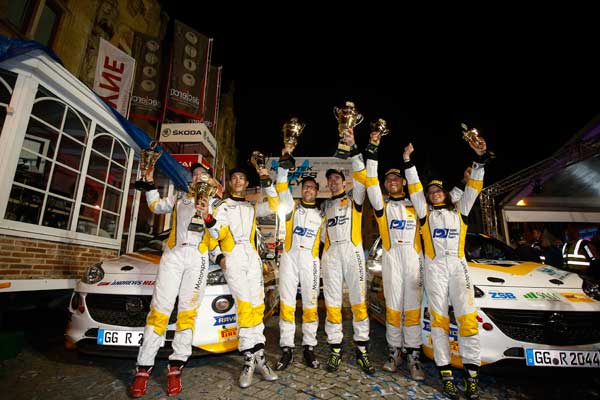 The podium of Ypres Rally 2016 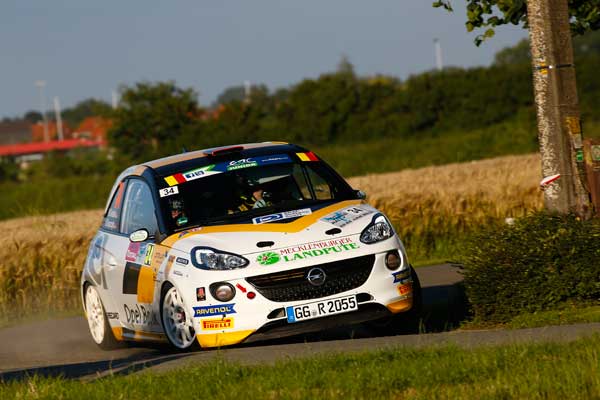 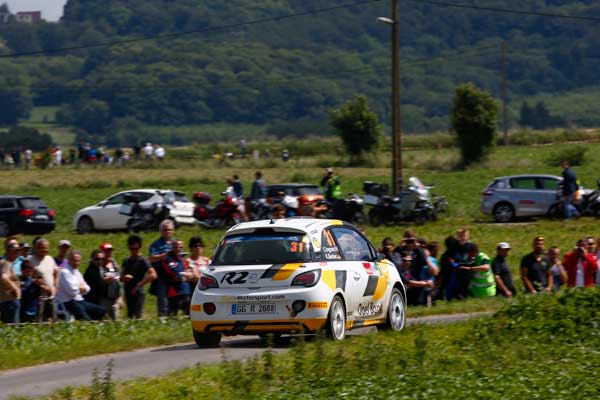 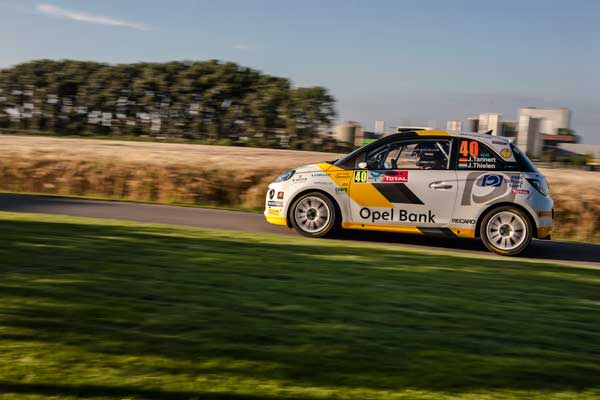