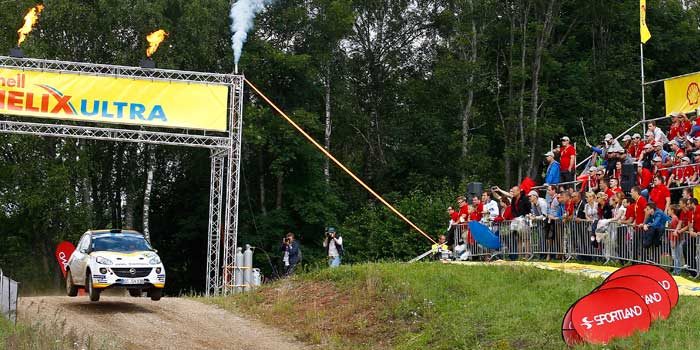 Junior drivers Griebel, Tannert and Ingram want to step again on the podium after the fantastic result at Ypres Rally.

The auto24 Rally Estonia from 15 to 17 July opens the second half of the European Rally Junior Championship (FIA ERC Junior). After the two podiums and the Opel triple victory at the recent asphalt classic Ypres Rally in Belgium, the ADAC Opel Rally Junior Team travels to the Baltic with the role of the main favourite. The Opel ADAM R2, which so far has won all Junior Championship races of the season, is called to prove its qualities in a completely different track. The rally in the heart of Estonia is one of the fastest gravel competitions in the world – comparable to the Polish World Cup event, in which Marijan Griebel last weekend clinched a positive second place.

The 27-year-old German driver shows a lot of confidence after the victory in Ypres, his first in the FIA ERC Junior. ” It was great to be rewarded for the hard work after many attempts,” says Griebel, who now is second in the Junior Championship standings. “The victory in Ypres has a taste for more. With our commitment in Poland, we have seen that the ADAM R2 and I felt very comfortable on fast gravel roads. So I’ll try to win in Estonia.” As planned, the young Bavarian Pirmin Winklhofer will operate as scheduled, alternating with Stefan Kopczyk as co-pilot in the right seat of Griebel factory ADAM R2 in the Baltics.

Teammate Julius Tannert and co-driver Jennifer Thielen, after the fine third place in Ypres, travel to Estonia with optimism. “We look forward to this challenge and will use our teammates as a yardstick,” says Tannert. “In the ultra fast gravel roads we want to collect a lot of experience and retract important points for the championship again. After the third place in Belgium, we are highly motivated to chase the podium in the European Championship table. I cannot wait to our ADAM R2 to drive these great stages.”

British driver Ingram will face auto24 Rally Estonia as the FIA ERC Junior leader, but after three second places he wants to move up to the top step over the remaining events. “Rally Estonia promises to be a crucial round of the championship for us,” he said. “I am quite comfortable with our three second place scores so I’d like to push for wins on the remaining rounds. I have some experience from those fast stages after competing last year so I’d like to battle the locals for the Junior victory!” Ingram will have a new co-driver in Estonia, with compatriot Elliott Edmondson taking the place of Kat Becker in the Opel Adam R2.

The three drivers of the ADAC Opel Rally Junior teams will face again strong opponents. A total of twenty-R2 vehicles have entered the auto24 Rally Estonia, including thirteen in the Junior Championship.

The auto24 Rally Estonia leads over a total distance of 768.87 km, including 16 special stages over 211.45 kilometers. In addition to the fast gravel roads, also the long liaison stages are characteristic of this rally, where the precise compliance with the specifications in the log is critical.

The event starts on Friday evening in Tartu with the spectacular “City Stage” that attracts every year thousands of rally fans. The actual race begins on Saturday morning at 9:30 am. The first leg is completed after ten special stages for total of 128 kilometers. Leg two takes place on Sunday from 10:15 am; the award ceremony is scheduled in Tartu at 17 o’clock. 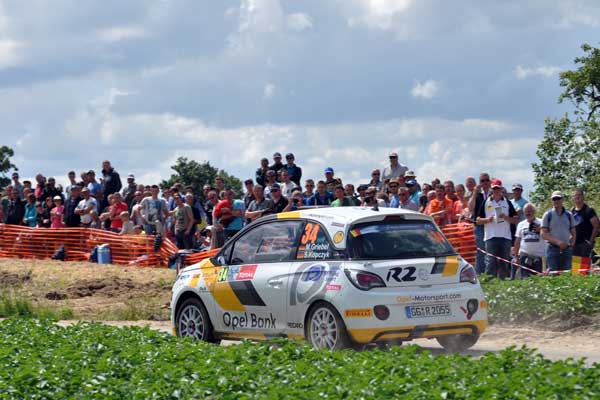 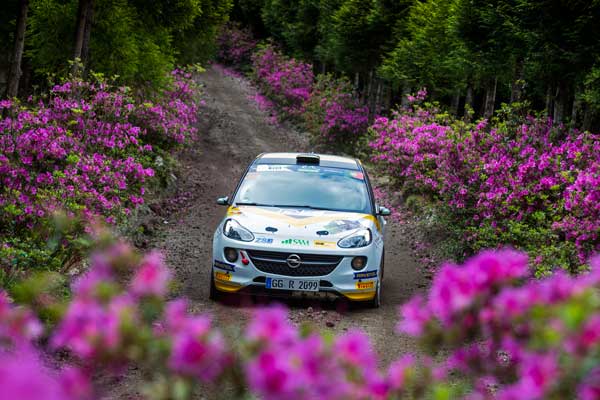 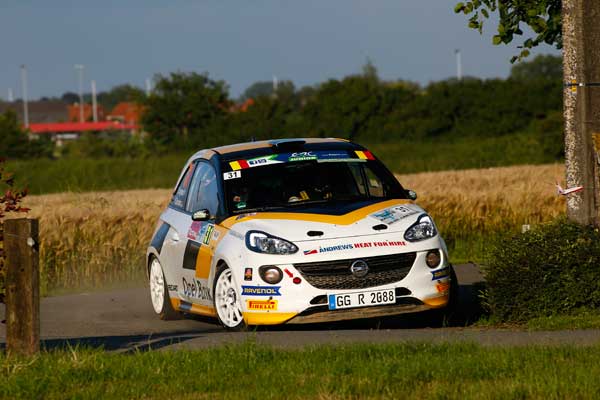 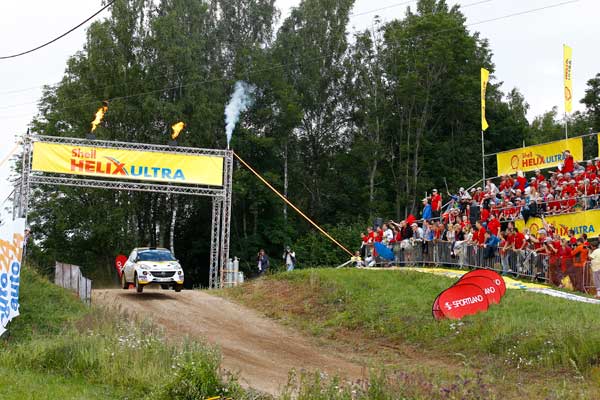