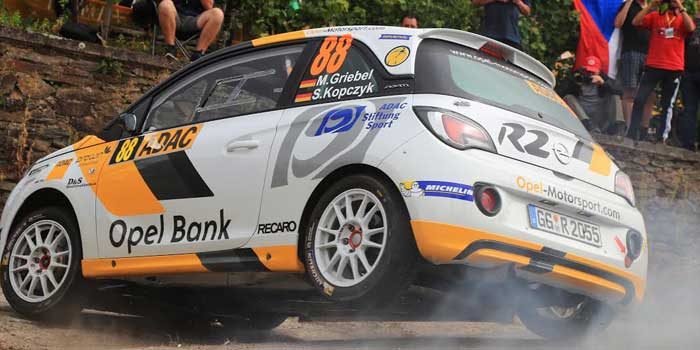 There are no doubts that once again an Opel ADAM R2 driver will win the European Rally Junior Championship. The only question is: which Opel driver? This weekend’s Barum Czech Rally Zlín in the Czech Republic – fifth round of the FIA ERC Junior – may give us a definitive answer.

The best chances are for Chris Ingram and Marijan Griebel in their factory ADAM R2. The Briton leads the table after four of six rounds eleven points ahead of the German. However, the fact that only the four best of the six individual results are counted at the end gives only Griebel the possibility to secure the title with still one race to go, while Ingram has to wait for the last round in Liepaja in September. Mathematical title chances are also for Griebel mate from the ADAC Opel Rally Junior Team, Julius Tannert, and for the Pole Lukasz Pieniazek in a private ADAM R2.

After the victory of the Ypres Rally and after the impressive performance at the ADAC Rallye Germany – where he finished 19th overall ahead of some WRC cars – Marijan Griebel is one of the most powerful asphalt driver in Europe, and is the main favourite for Barum Czech Rally Zlín. Moreover, the German has a score to settle with the event in Czech Republic: last year a puncture deprived him not only of all the chances to win, but also of the Vice European Champion title. “Of course, we know there is the possibility to win the title” said Griebel. “In the preparation and during the event itself, however, these thoughts have no place. It’s only a matter of getting the maximum at the rally. We have known since Ypres that we and the ADAM R2 have what it takes to win. So this is our goal. ”

Also Julius Tannert had a fantastic race at the ADAC Rallye Germany and is of course full of optimism: “The ADAM R2 has proven more than once to suits to fast tarmac extremely well. It is precisely this characteristic that awaits us in the Barum Rally. We want to compete with our teammates and at to finish on the podium again,” said the German.

The Barum Czech Rally Zlín covers 739.65 km, including 15 special stages over 229.94 kilometers. The race begins with the spectacular City Stage in Zlín on Friday 26 August and continues the following day with the first leg of eight special stages. The second leg starts on Sunday morning, the arrival is scheduled in Zlín around 4 pm. 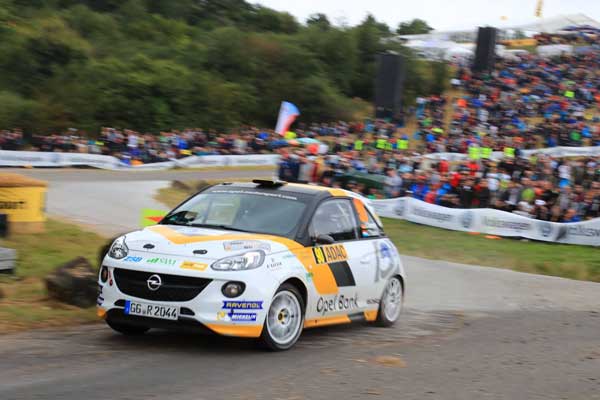 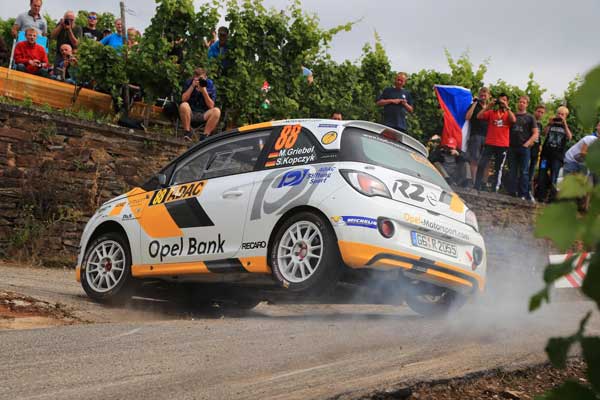 Marijan Griebel in action at the ADAC Rallye Germany 2016 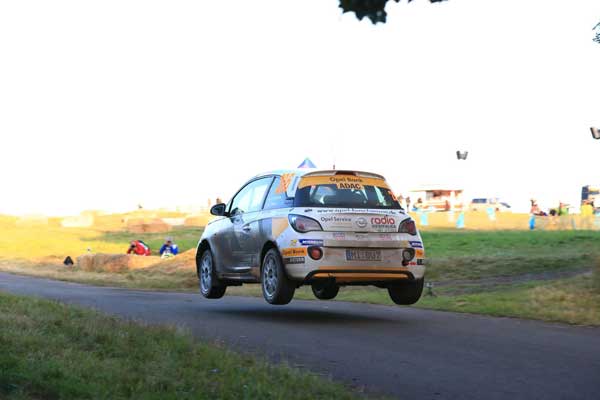