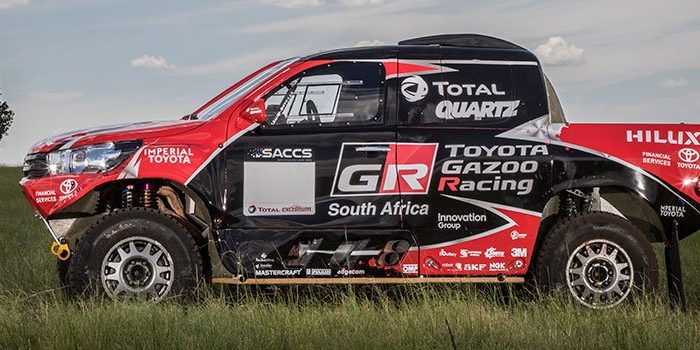 The Gazoo Racing Team will take part in the South African National Championship as well as in two rounds of  the FIA World Cup for Cross-Country Rallies.

Last year’s performance by Toyota Gazoo Racing SA will certainly go down in history, with Leeroy Poulter becoming only the second person to hold both South African national titles in the same year, after Hannes Grobler managed the same achievement more than two decades ago. Poulter, partnered by Elvéne Coetzee in the Toyota Yaris S2000 rally car, and Rob Howie in the Class FIA Toyota Hilux for cross country races, won all but one of the races he entered for Toyota Gazoo Racing SA in 2016, cementing both championships for the team in the process.

“We had a fantastic year last year,” says Poulter, “and it was a pity that we had to miss out on the Dakar. But I’m fit and healthy and ready to get back to racing.”

Poulter will again be partnered by Howie for the 2017 season. Giniel de Villiers, who finished second in the T1 category in this year’s Dakar (partnered by navigator Dirk von Zitzewitz) will be joining the fray in South Africa, competing alongside former champion navigator Dennis Murphy.

Both crews will compete in Class FIA of the new-look South African national cross country championship, which is now known as the South African Cross Country Series.

Toyota Gazoo Racing SA will also compete in two rounds of the FIA World Cup for Cross Country Rallies, as part of their testing and preparation for the ongoing Dakar project. The 2016 World Cup was won by Nasser al-Attiyah and navigator Matthieu Baumel, behind the wheel of a South African built and developed Toyota Hilux.

Al-Attiyah/Baumel will again be in action in a Toyota Hilux during this year’s world cup, and will be joined on a number of rounds by De Villiers and Poulter. Toyota Gazoo Racing SA will compete in the Qatar Cross Country Rally (17-22 April) and the Rally of Morocco (4-10 October). In addition to these two rounds, Toyota Gazoo Racing SA will also compete in the grueling Silkway Rally, which takes place from 8-22 July this year. This tough event will start on Moscow’s Red Square, before traversing Kazakhstan, and finishing in the Chinese city of Xi’an – a distance of nearly 6,000 km.

Back on home soil, the team will also be represented in the South African National Rally Championship, which now consists mainly of Class R2 cars. Defending champions Guy Botterill and Simon Vacy-Lyle will campaign their locally built and developed Toyota Etios R2 in the championship, flying the flag for Toyota Gazoo Racing SA.

“With representation in both championships, as well as some international races on the cards, we are primed for another great year of motorsport,” says Toyota Gazoo Racing SA Team Principal, Glyn Hall. “We’re also looking forward to further developing the Toyota Hilux, and extremely excited about the positive changes to the South African Cross Country Series (SACCS). However, with the new rules we’ll have to beat all comers to win the championship, so it promises to be a year of tough racing.”

In addition to the two Toyota Gazoo Racing SA crews, a number of privateers will also be competing in Toyota Hilux. Brothers Johan and Werner Horn will again be in action in their Malalane Toyota Hilux, which now features an upgraded engine.

Jason Venter and navigator Vince van Alleman (4×4 Mega World) won the Class T championship for 2016 in their Toyota Hilux, while Otto Graven and Bobby Brewis did the same in their Class S Toyota Hilux. Both crews will again be racing similar vehicles in 2017.

“For us at Toyota SA Motors, motorsport is not only an integral part of our marketing campaign, but is also very close to our hearts. 2016 yielded great results for us, and we are looking forward to the challenges of the new season,” says Glenn Crompton, Toyota SA Motors Vice-President: Marketing. “We are also very excited about expanding our international racing exposure, which is sure to benefit both Leeroy and Giniel.” 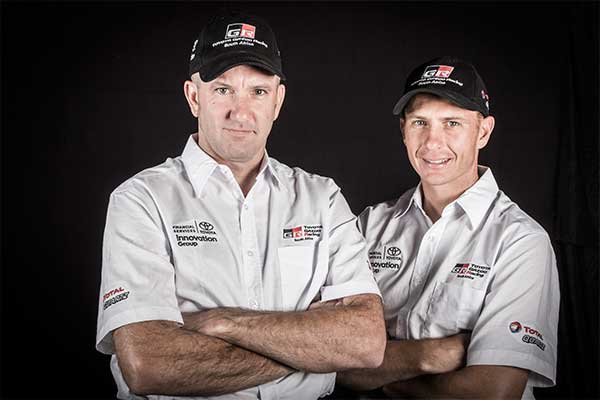 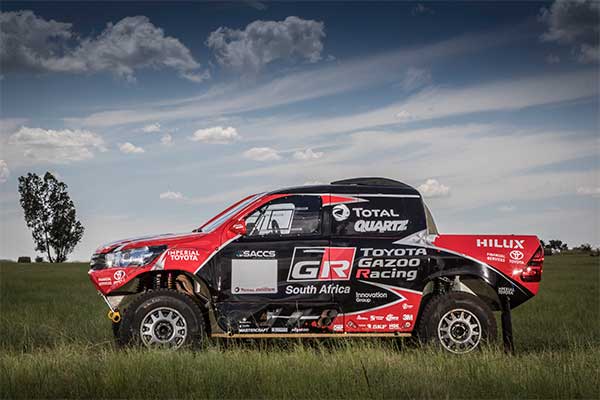 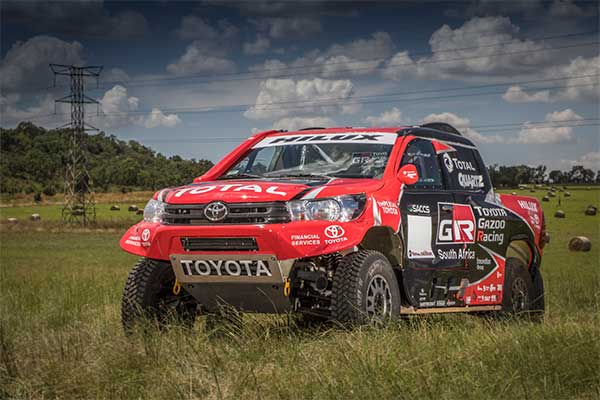 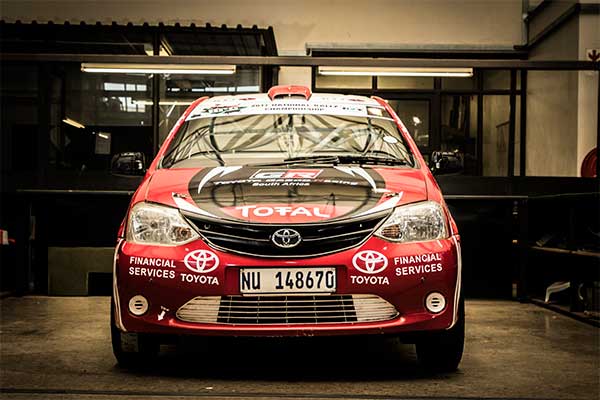