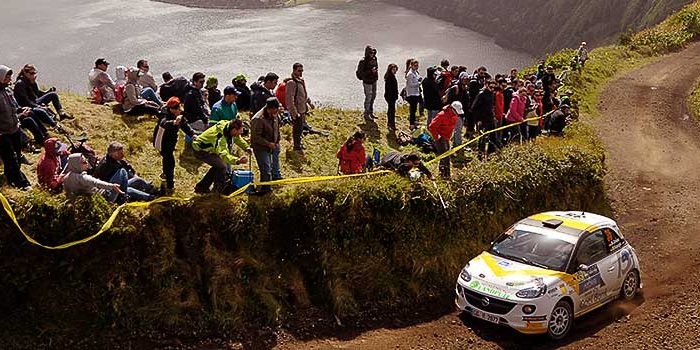 This weekend the Azores Airlines Rally opens the FIA ERC Junior. After two consecutive European titles, Opel is once again among the favourites with a strong driving trio.

The Opel Rallye Junior Team traveled to the Azores with high motivations. In the last two years, despite winning the European Junior Championship title at the end of the season, the team missed the win at the Azores Airlines Rally. This time, the Opel factory drivers Chris Ingram (22, England), Jari Huttunen (23, Finland) and Tamara Molinaro (19, Moltrasio / Italy) aim to be at the top of the podium a the end of the spectacular race on the gravel of the archipelago in the middle of the North Atlantic. This is far from being an easy task – as ten of the sixteen R2 vehicles are reported to fight for the Junior European Championship (FIA ERC Junior).

The initial situations with the Opel trio are quite different. With four starts, a win and a total of three podium places, Chris Ingram clearly has the most experience in the Azores and is expected to be among the favourites, at least since he won the ERC3 title last season. “It will be my fourth time heading to the Azores so I have a lot of knowledge and great memories from the rally. I won the ERC Junior class in 2015 and finished second twice in 2014 and 2016, so I believe I’ve worked out how to attack the incredible but challenging stages. Although Tarmac is slightly more my preferred surface, the gravel stages in the Azores are some of my favourites. My co-driver Elliott Edmondson and I have practised our pacenotes and we’re looking forward to getting back in our Opel ADAM R2,” said the Briton. “I also spent time in Sweden ice driving over the winter but this will be my first event of the season. I will attack for the victory but also be patient when needed. The goal is always to win and I’m confident having won my first ERC3 title last year with the amazing Opel team.”

Jari Huttunen certainly plays the role of the export. The last year’s champion of the ADAC Opel Rallye Cup is a typical Finn – no big words, but blessed with a terribly heavy gasfoot. And like almost all rally drivers from Northern Europe, he has driven on gravel since he started to turn a steering wheel. Huttunen and his copilot Antti Linnake are facing their European opener with optimism. “I’m really looking forward to my debut in the ADAC Opel Rallye Junior Team. I know the Azores rally exclusively from onboard recordings. The special stages look extremely tricky and challenging – just the way I like. After a good gravel test in March in Tuscany and the classic victory at the ADAC Saarland-Pfalz rally, we feel well prepared for the Azores. We will tackle it easily, driving with no pressure and trying to avoid stupid mistakes. The season is still long.”

A particularly exciting new step in her still young rallying career is the start of the FIA ​​ERC Junior for Tamara Molinaro. Alongside her Austrian experienced co-driver Ursula Mayrhofer, the talented Italian is enjoying the three partners Red Bull, Pirelli and Opel in an intensive development program, which for the 2017 season will be the first to include operations at the Opel factory. ” “I can’t wait for my first ERC Junior rally with the Opel Rallye Junior Team,” said the Italian. “I’ve worked on my fitness over the winter, watched a lot of onboard videos of the ERC rallies and had two great tests in my ADAM R2. A few weeks ago we contested the ADAC Saarland-Pfalz Rallye in Germany, which was a good opportunity to get back to competition mode. The Azores Airlines Rallye will only be my third rally on gravel, but it’s my preferred surface at this stage of my career. I don’t know the stages at all, so it will be tough to compete against all those experienced guys. But we will do our best to reduce the gap to the top runners steadily and grab points in the ERC Ladies’ Trophy. I can’t thank enough all the people who made this happen. I am probably the luckiest girl in the world…””

The start of the Azores Airlines Rally is scheduled on Thursday at 2.30 pm local time. The highlight of the rally is undoubtedly the two test runs “Sete Cidades” on Friday, each about 25 km along the caldera of the same named volcano, which delivers spectacular pictures every year. The arrival in the capital Ponta Delgada will be reached Saturday night just before 7 pm local time. 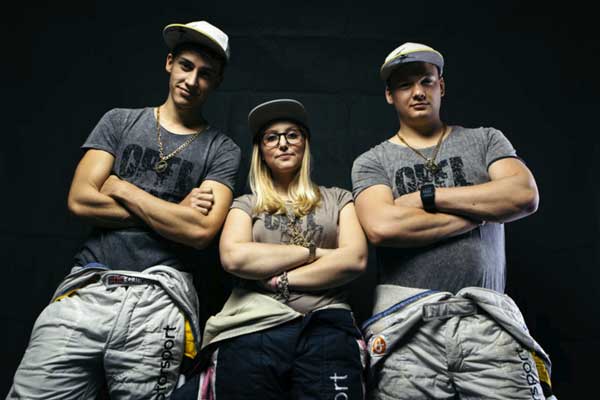 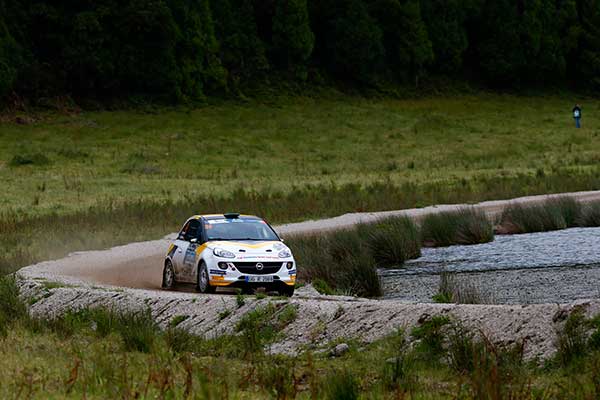 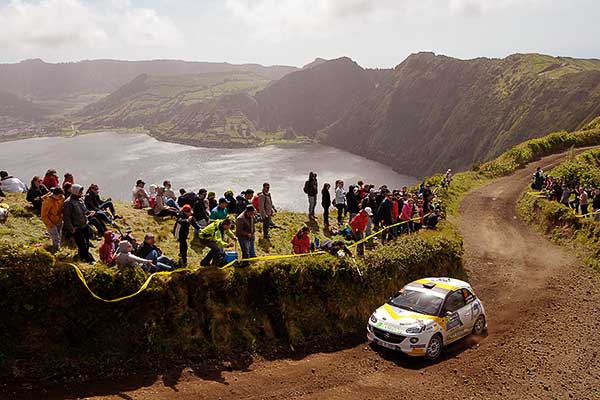