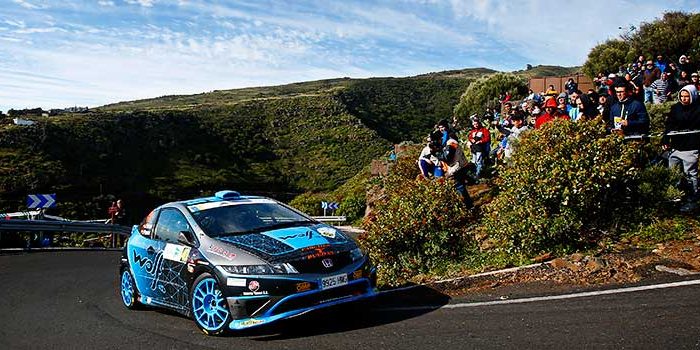 Rally Islas Canarias, second round of the continental championship, is the first seasonal asphalt rally and counts 125 crews on the entry list.

The FIA ERC lands in Gran Canaria. From 4 to 6 May 125 crews from all over the continent are expected to battle on the abrasive surface roads of the Spanish Island for the second round of the European Championship.

27 R5 cars, 24 R2 cars, 7 R3 and the first FIA RGT ever: these are the numbers of the official entry list of Rally Islas Canarias. The names are very important, starting from Alexey Lukyanuk who won the rally last year, and the double European champion, Kajetan Kajetanowicz. The car for them will be the same: Ford Fiesta R5. Another important name is Bruno Magalhaes, the current leader of the FIA European Rally Championship: he arrives to Gran Canaria for the third time, this year driving a Skoda Fabia R5. At the same level of quality is German driver Marijan Griebel, leader of the Junior Under 28 category and second overall. Griebel will drive a Skoda Fabia R5, which is the most used car in the Rally Islas Canaria: Italian Max Rendina, French champion Michel Sylvain, Spanish drivers Pedro Burgo and Yeray Lemes, and Czech Antonin Tlustak will be driving the car of the Czech manufacturer. Amongst the other drivers with podium hopes are José Antonio Suárez and Pepe López on Peugeot 208 T16, Surhayén Pernía and Iván Ares on Hyundai i20 R5, Sergio Vallejo and Hungarian David Bótka on Citroën DS3 R5.

In the FIA ERC Junior U27 the spotlights are of course on the two-times winner Opel Rally Team, which lines up three strong drivers on the Adam R2: Briton Chris Ingram – current leader of the general standings, Finn Jari Huttunen and Italian Tamara Molinaro, who is at the top of the Ladies Trophy and will be challenged by the british driver Catie Munnings on Peugeot 208 R2 and the local driver Emma Falcón on Citroën DS3 R3T.

The Rally Islas Canarias will have 12 special stages over a competitive distance of 207,29 kilometers. As the stages are characterized by climb and descend, drivers will have to pay close attention to corner speed and lines to ensure optimal momentum is maintained, while precise car set-up and pace note accuracy are vital. One of the notable features of the stages is the abrasive surface, constructed partly from volcanic lava. It means grip levels are high and will remain constant if it rains, although tyre wear can increase. However, with the opportunity to take ‘cuts’ through corners limited, the roads remain relatively debris-free 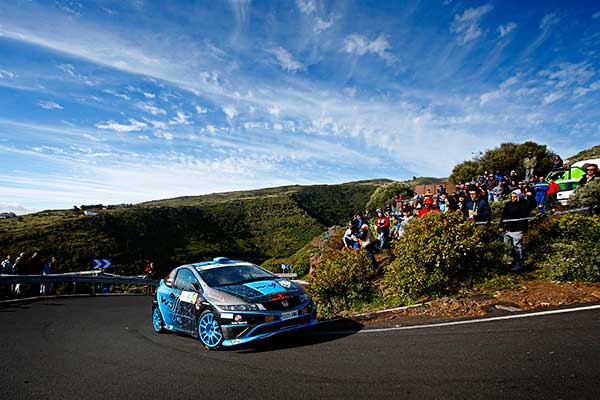 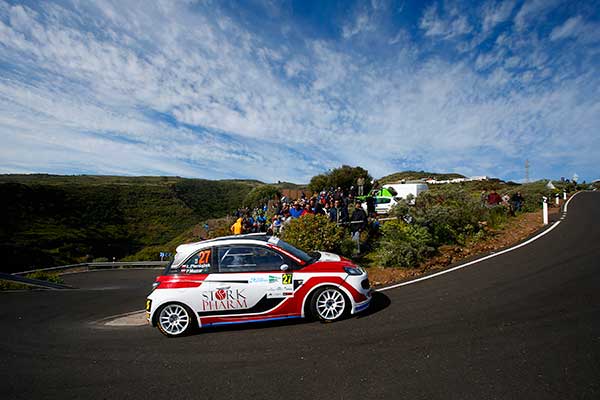 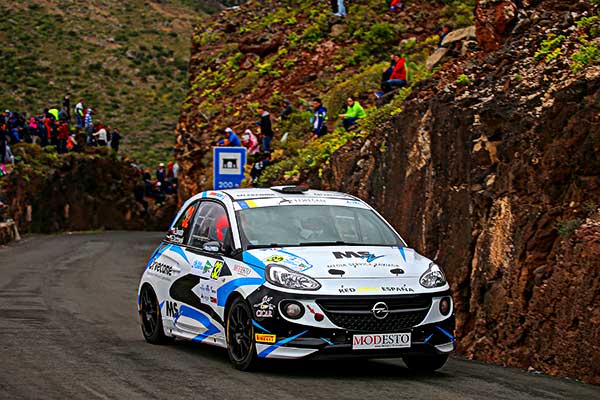