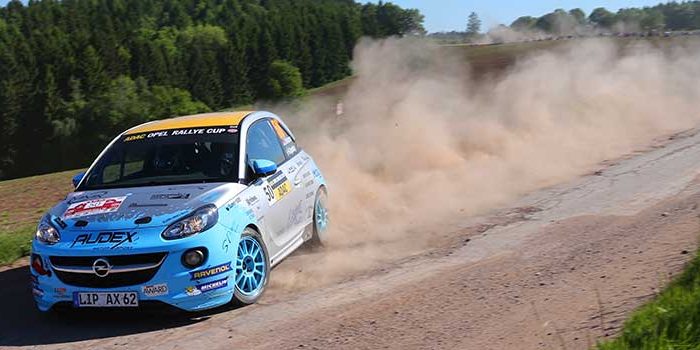 At Rallye Stemweder Berg Cup leader Tom Kristensson has to defend the top position from his pursuers.

With the comeback of Jacob Lund Madsen at the ADAC Rallye Stemweder Berg on 23 and 24 June the title fight in the ADAC Opel Rallye Cup 2017 regains a protagonist. After the opening victory at the ADAC Hessen Rallye Vogelsberg in April, the 22-year-old Dane had to miss the following two cup races due to injuries. After a successful convalescence and the victory in a test in Denmark, the doctors gave the green light: Madsen and his co-driver Line Lykke Jensen are ready for the return to the ADAC Rally Cup. Good news for the ambitious Danes, who inevitably lost some ground in the overall standings.

With his two victories at the ADAC Rallye “Rund um die Sulinger Bärenklaue” and the AvD-Sachsen-Rallye, Swede Tom Kristensson placed himself at the top of the ADAC Opel Rallye Cup 2017 with 43 points ahead of the next pursuer, Irish Calvin Beattie, who was the only driver in the field – beside Kristensson – to be on the podium in all three seasons rounds. Jacob Madsen is in fifth place with 86 points behind. On the other hand, in the remaining five seasonal rounds, a total of 250 points are still available, so Leader Kristensson cannot feel safe. And the 26-year-old Audex driver can’t do this either: “One mistake is enough, and the whole advantage is gone.” The ADAC Rallye Stemweder Berg marks the end of the first half of the season and the high level of the ADAC Opel Rallye Cup requires only one thing: full concentration and full attack. Madsen has made a lot of plans for the comeback: “We cannot wait to get back in our ADAM, I feel good and I’ll try to put pressure on Tom, who knows us good. ”

The same applies to the best German in the field of the ADAC Opel Rallye Cup. At the latest with their first podium at the AvD-Sachsen-Rallye, young star Nico Knacker (20) and co-driver Ella Kremer (18) clearly showed their high ambitions in the impressive field of the more than 20 teams from twelve nations. In the overall ranking the juniors of the ADAC Weser-Ems are only one point behind Slovenian Tim Novak and his German copilot Lisa Stengl on rank four. “Tom is on an incredibly high level and has a lot of experience, and it is very difficult to catch up with him, but Ella and I are getting better and better, and we want to try to get the top group,” says Knacker. Philipp Hetz is currently the second-best German driver in the ADAC Opel Rallye Cup behind the Frenchman Frédéric Hauswald. With the fourth place in Saxony, Hamburg also made it clear that only the podium can be the next goal. “I feel that there is still more,” stresses Hetz.

The ADAC Rallye Stemwede – which takes place around Lübbecke on the border between Rhineland-Palatinate and Lower Saxony – is a classic asphalt event in which the time intervals are traditionally very low. The total distance amounts to 544.32 kilometers, of which 15 are stages of over 133.00 km. The first five stages are scheduled on Friday from 17. On Saturday morning the sixth special stage starts at 8.14, while the arrival is expected before 19 in Lübbecke. 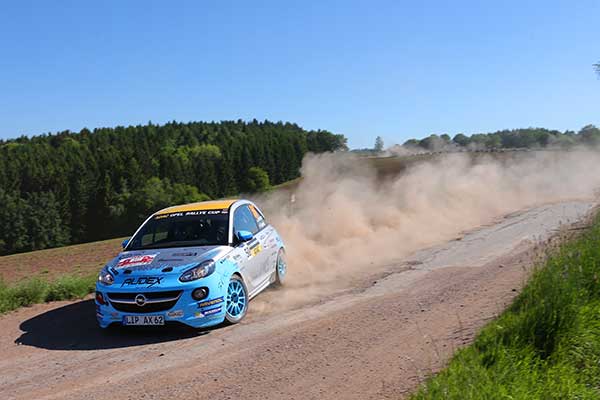 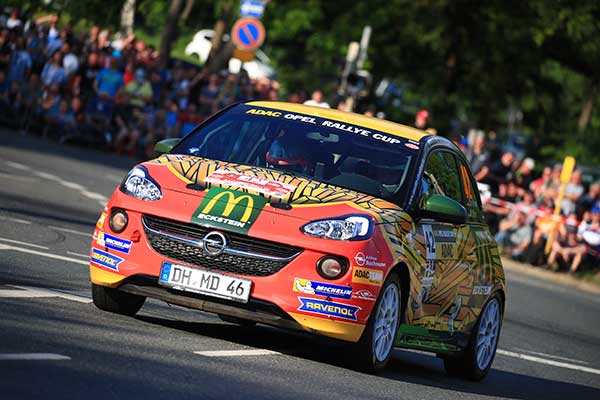 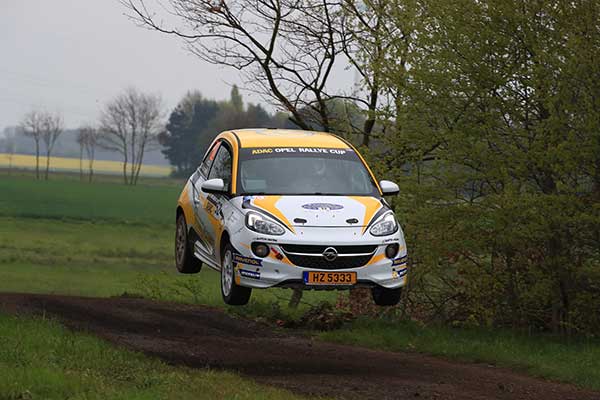