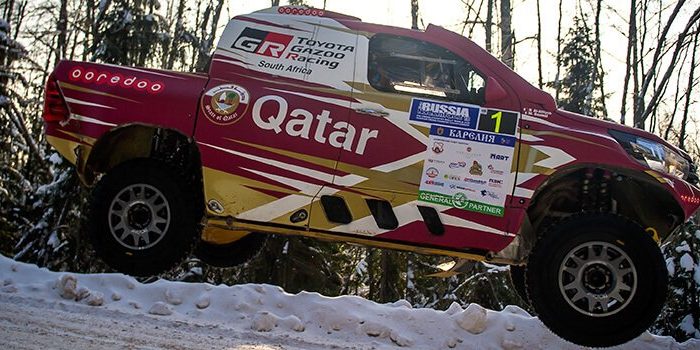 The Qatari leads the Hilux Overdrive to the first place in the Russia Baja Northern Foreston the snow of Karelia Republic.

Nasser Al-Attiyah claimed the victory of the Baja Russia Northern Forest, first leg of the FIA World Cup for Cross Country Rallies. The Qatari, navigated by French co-driver Mathieu Baumel, won the Russian snow event at his first participation, confirming to be once again the main favourite for the final victory of the World Cup.

Al-Attiyah and Baumel, driving a Toyota Hilux Overdrive with DakarCorse 16” wheels, almost had a perfect race, winning four of the five special stages and leading the table from the beginning of the event. EVO Corse can rejoices also for the second place earned by Czechs Martin Prokop and Jan Tomanek who had an impressive race on a Ford F150 Evo.

“It was a good rally for me, because for the first time being here in Russia, we managed to win. I’m quite happy for the result, I’m sure all the people are happy; I have a lot of fans in Russia;” said Al-Attiyah.

Martin Prokop expressed his satisfaction: “I’m very surprised with the stages, it was more than I expected. I’m happy with the weekend and I’m happy with a lot of points for the Championship”.

The FIA World Cup for Cross-Country Rallies will be back in mid-march with the Dubai International Baja. 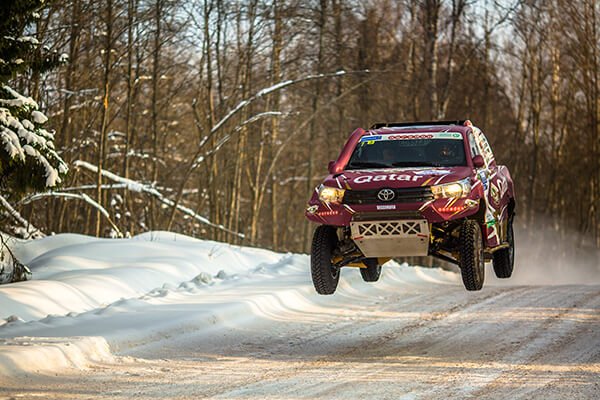 Al-Attiyah and Baumel on the Hilux Overdrive – photo by bajarussia.com 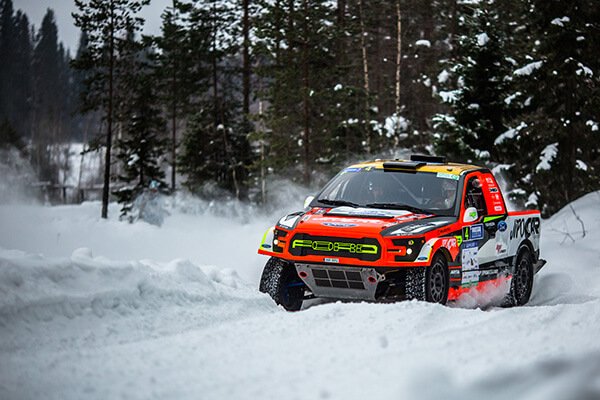 Prokop and Tomanek on Ford F150 Evo – photo by bajarussia.com 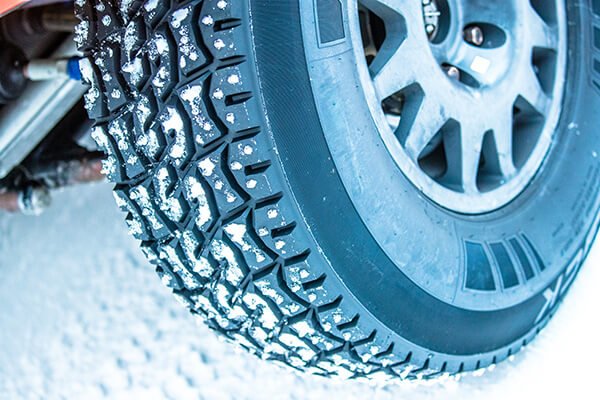 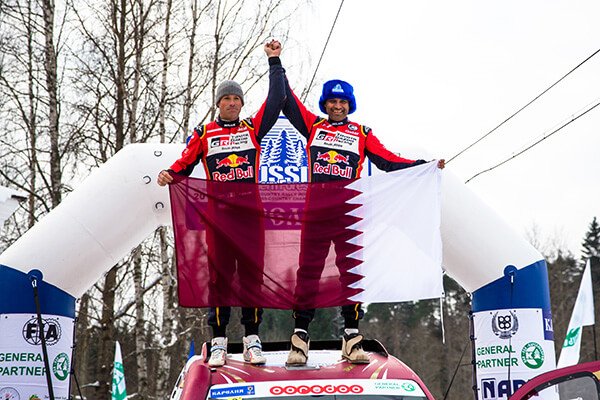 Al-Attiyah and Baumel celebrate victory on the podium – photo by bajarussia.com