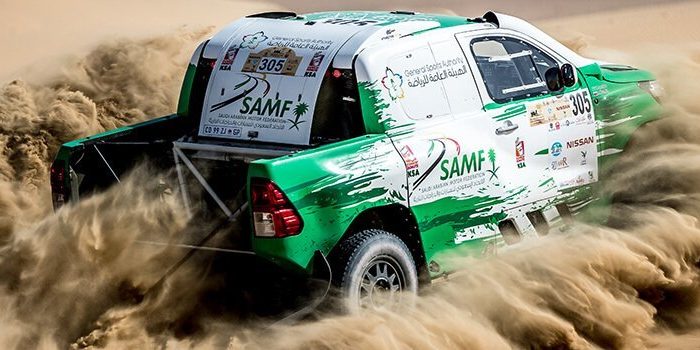 The Saudi Arabian driver Yasir Seaidan ranked third in the round two of the 2018 FIA World Cup for Cross-Country Rallies, at his second time ever on a T1 Toyota Hilux Overdrive.

Impressive result by Overdrive Racing, which in the Dubai International Baja collected the third place overall thanks to Yasir Seaidan on a Toyota Hilux with DakarCorse rims. The Saudi, navigated by Russian Alexei Kuzmich, had a solid performance through the Al-Qudra Desert in the United Arab Emirates finishing 5 minutes and 40 seconds behind winner Jakub Przygonski.

“This is a fantastic first podium for Yasir,” said Overdrive Racing’s CEO Jean-Marc Fortin. “It is really amazing how he has driven in the dunes. This is only the second time that he has been racing in T1 with this car. Making his first podium in only his second race is a very impressive achievement.”

The FIA World Cup for Cross-Country Rallies has now a weekend off, before getting back into action on March 23-29 with the Abu Dhabi Desert Challenge, the first seasonal rally raid in the desert. 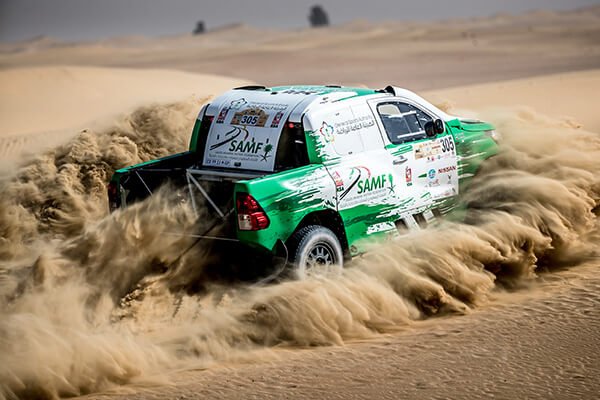