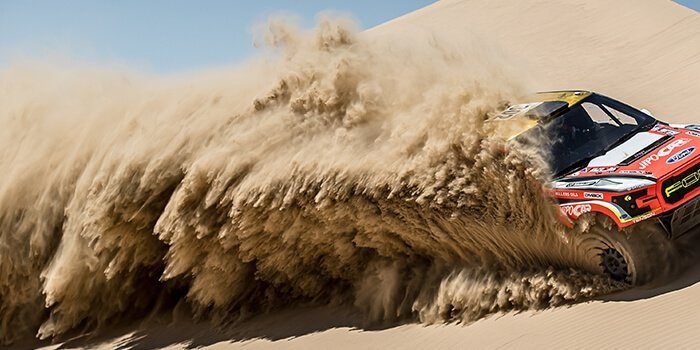 With the impressive victory at the Abu Dhabi Desert Challenge, the Czech is in the first position of the general standings for the first time in his career.

Czech driver Martin Prokop won the Abu Dhabi Desert Challenge, third round of the FIA World Cup for Cross Country Rallies. The former WRC star, on a Ford F150 Evo with DakarCorse rims,  clinched his first career victory in a world class off-road event taking the lead in the second special stage and keeping it until the end of the race with an impressive margin of 13 minutes and 30 seconds on Pole Jakub Prygonski, second of the final classification.

“I’m extremely happy of course to finish and it’s amazing to win, especially without making many mistakes over the five stages,” said Martin Prokop. “My biggest issue building up to desert rallies was a lack of experience driving in the sand. I’ve been training hard over the past three years in Abu Dhabi and it’s good to see it pay off.”

Prokop and his navigator David Pabiska are now at the top of the general standings of the World Cup with 9 points of advantage over Przygonski and 24 over Vasilyev. The defending champion Nasser Al-Attiyah is 60 points behind, having missed the last two rounds after winning the opening event in Russia. The Qatari of Overdrive Racing will have the chance to reduce the gap “at home”: from 17 to 22 April the best off-road drivers of the world will be facing each other at the Qatar Cross-Country Rally. 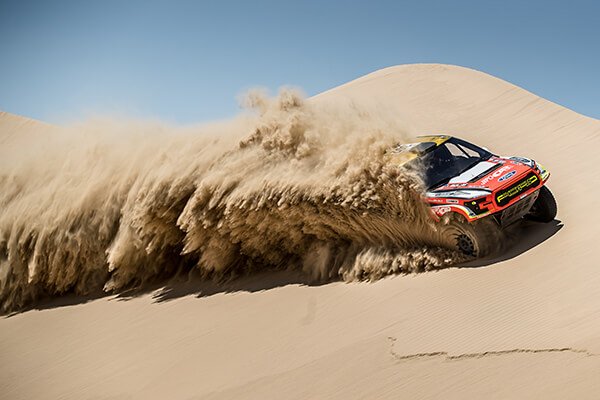