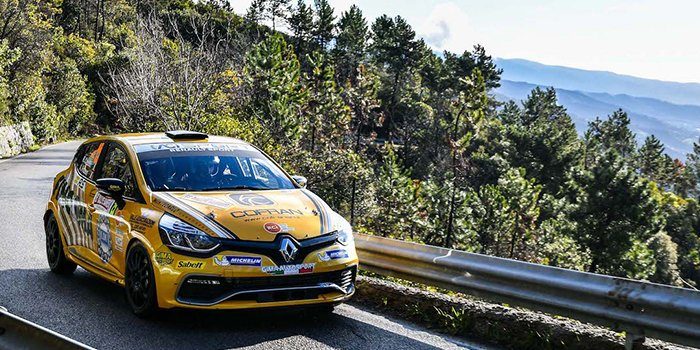 In the second round of the Italian Championship. Canzian wins among the Clio R3T, while Paris dominates the Twingo R1 competition.

The 65th Rallye Sanremo, second round of the Italian Rally Championship, was a very emotional race. The event, valid for the Renault Trophies – officially supplied by EVO Corse, was won by Riccardo Canzian and Alberto Paris, in the sections dedicated to Clio R3T and Twingo R1 respectively.

In the Clio R3T Trophy, young Canzian took control of the race during the SS2, held on Friday, also taking advantage of a puncture that slowed Ivan Ferrarotti. Canzian showed a convincing and regular driving, increasing the advantage on the chasers finishing the race with a margin of 1’28 “on the crew Emanuele Rosso-Andrea Ferrari. Ferrarotti, navigated by Giovanni Agnese, was unable to recover the gap accumulated for the puncture: still he managed to clinch the third place winning seven out of nine special stages. In the general standings of the Clio R3T Trophy, Ferrarotti is in the lead, with Canzian pursuing with just 7 points behind.

In the Twingo R1 Top Trophy, Alberto Paris, with Sonia Benellini as co-driver, left no hope to his rivals: he won all the special stages signing a splendid victory that launched him to the leadership of the general standings. Riccardo Pederzani and Edoardo Brovelli ranked second, while the third place went to Gabriele Catalini and Maicol Rossi.

The next event valid for the Renault Trophies is scheduled from 24 to 26 May with the Rallye Elba. 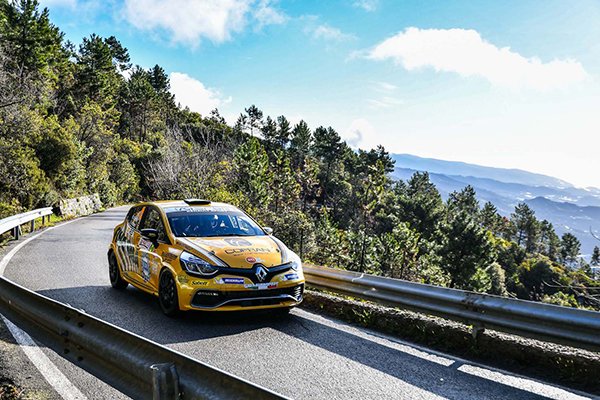 Riccardo Canzian on Clio R3T with SanremoCorse Group A wheels 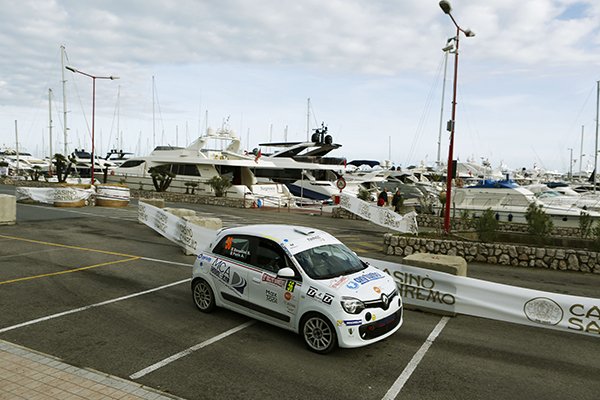