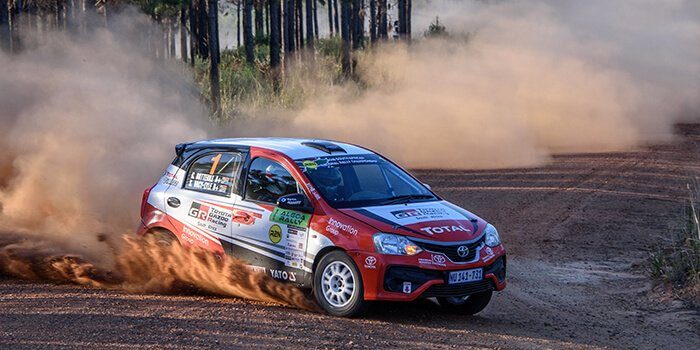 Botterill and Vacy-Lyle ran a perfect race in Port Elizabeth on the Toyota Etios R2N with SanremoCorse 15 wheels.

It was a sensational victory for Toyota Gazoo Racing SA’s Guy Botterill and co-driver Simon Vacy-Lyle, when they secured maximum points at the Algoa National Rally in Port Elizabeth , last weekend. The Class R2N Toyota Etios crew led the rally from the very first stage.

The Toyota Gazoo Racing SA Etios with SanremoCorse 15 rims never missed a beat, and Botterill/Vacy-Lyle managed to set the pace right from the start. The crew won the first eight stages of event, keeping the situation under control in the finale three stages and winning by a margin of 01:27 over the Volkswagen Polo crew of AC Potgieter and Nico Swartz. Third place went to Richard Leeke and Henry Kohne in their Ford Fiesta.

“There’s no such thing as an easy victory when it comes to the SA National Rally Championship, and even less so when racing in Port Elizabeth,” said Botterill at the end of the rally. “But we were fortunate to have a clean run this time round.”

Botterill/Vacy-Lyle started the Algoa National Rally just a single point behind championship leaders Potgieter/Swartz (Volkswagen). With the result in Port Elizabeth, however, they took the leadershipof the SA National Rally Championship with three rounds left in the season. The next round in the will take place on 17 and 18 August, in the area around the Gauteng town of Bronkhorstspruit, to the east of Pretoria. 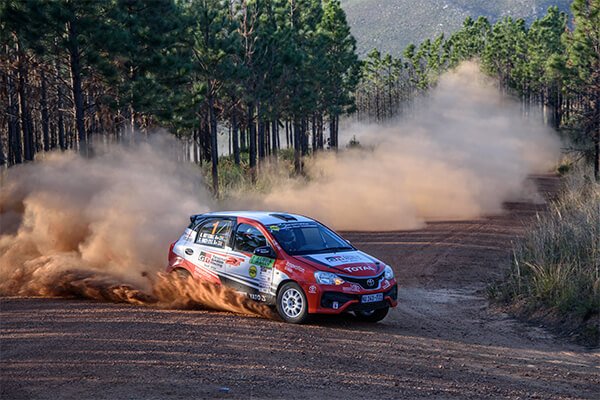 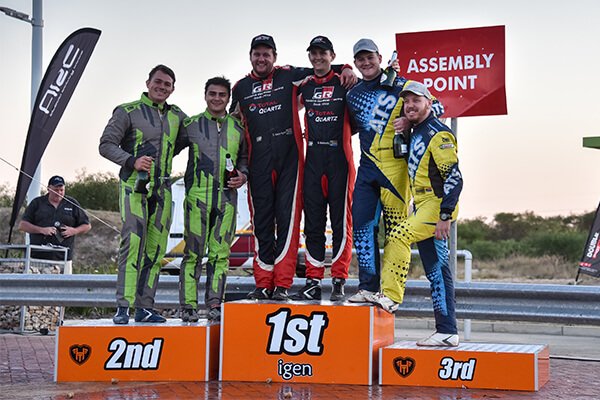