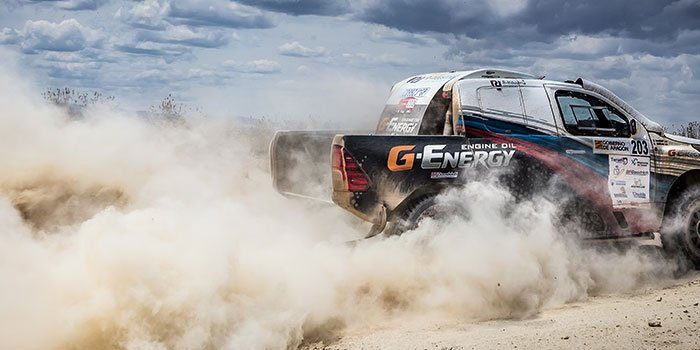 In Spain, the Russian makes a regular race to claim the first place on a Toyota Hilux Overdrive with DakarCorse rims.

Vladimir Vasilyev and Konstantin Zhiltsov on Toyota Hilux won the 35th edition of Baja Aragón in front of Jakub Przygonski (Mini JCW Rally), and Martin Prokop (Ford Raptor. As a consequence, the Russian and the Czech duo switched places in the World Cup standings again, with Vasilyev climbing to second place and Prokop being third.

It was an odd race, decided by punctures. “Who’s got fewer punctures, wins the race” could be the motto of the 35th edition of Baja Aragón that was a real challenge for even the most experienced crews. Despite a puncture on the opening stage, Czech Martin Prokop was the race leader at the end of Saturday, with Vasilyev behind him, and Pole Przygonski fourth, due to a puncture too.

On Sunday Prokop had to face a further flat tire and was relegated to the third position with Vasilyev taking advantage of it and clinching the victory. World Cup’s leader Przygonski gained the second place and Prokop managed to keep the position on the third step of the podium.

Overdrive Racing’s CEO Jean-Marc Fortin was satisfied after the race: “It was a tough and demanding rally. Vladimir did a great job to take the win. It was a case today of not risking too much and surviving the stage and also trying to get a good result. There was a big storm and it was muddy and the conditions were not easy. But he managed to take the win.”

The FIA World Cup for Cross-Country Rallies will be back in Hungary on August 10-12 with the Hungarian Baja. 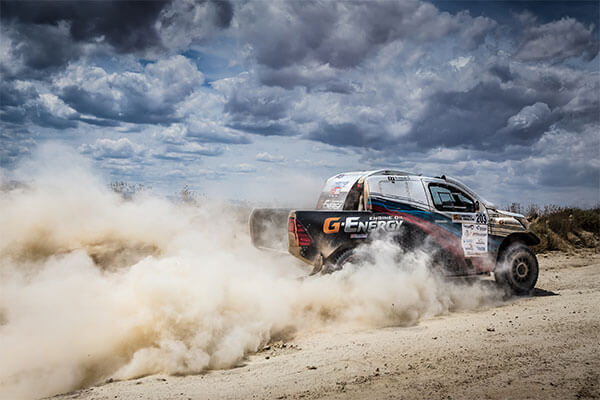