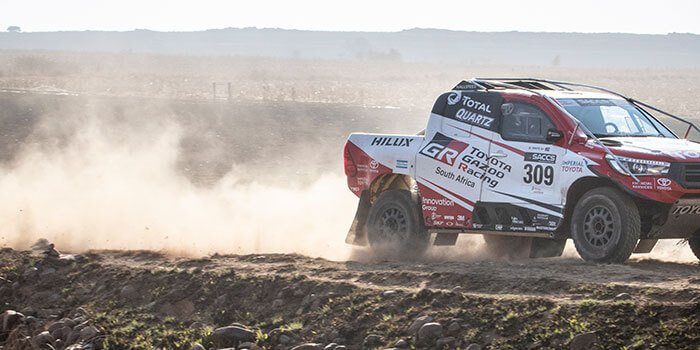 At Atlas Copco 400, the young talent caught his first success ever in a cross-country rally. Former Dakar winner Giniel De Villers was forced to retire.

The Atlas Copco 400, round 4 of the 2018 South African Cross-Country Series (SACCS) will be one that Toyota Gazoo Racing SA’s Henk Lategan and navigator Barry White won’t forget. The pair drove their Class FIA Toyota Hilux to a maiden overall victory, flying the flag for Toyota Gazoo Racing SA as teammates Giniel de Villiers and Dennis Murphy were forced to retire just 70 km from the finish.

“We took advantage of the work made by the pacers, as they were opening the road, then we got past them, and things got interesting,” said an ecstatic Lategan after the podium ceremony. “Finding the route proved extremely tricky in places, and we wrong-slotted more than once. Even so, we did enough to secure our first victory and I’m overjoyed.”

Veterans Giniel De Villiers and Danny Murphy were forced to retire from the race with a malfunctioning belt tensioner. This was De Villiers’ first DNF for the year, and the pair still top the championship standings with two rounds to go, despite not scoring points in Bronkhorstspruit.

“Our weekend got off to a rocky start, with a puncture just 6 km into the qualifying race,” explained De Villiers after the event. “This pushed us down to seventh place on the starting grid, which meant that we had to deal with a lot of dust during the main race.”

The next stop for the SACCS is the Harrismith 400, hosted by the Free State town of the same name. The event is set to take place on 14 and 15 September. 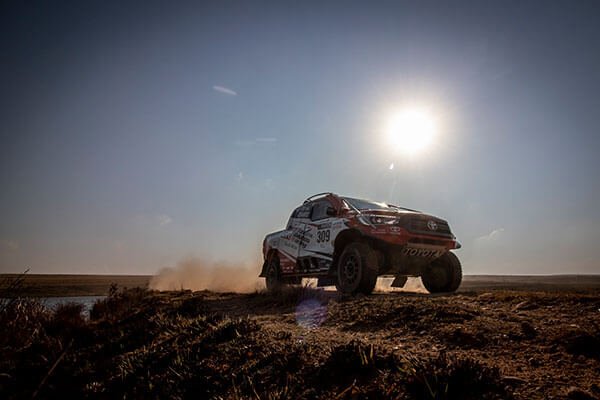 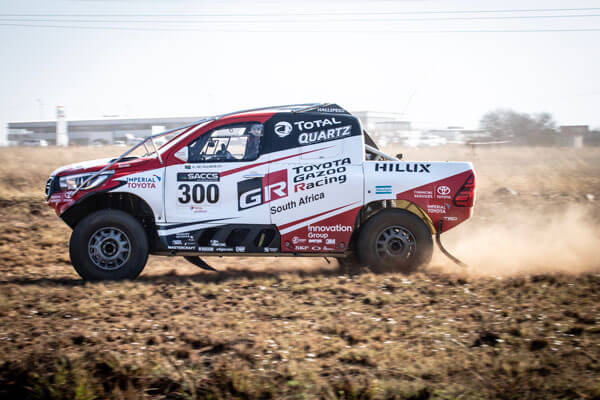 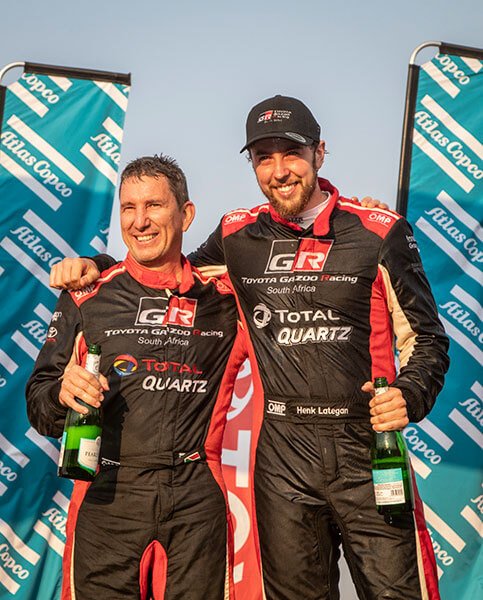 Lategan and White celebrate on the podium – Photo Motorpress