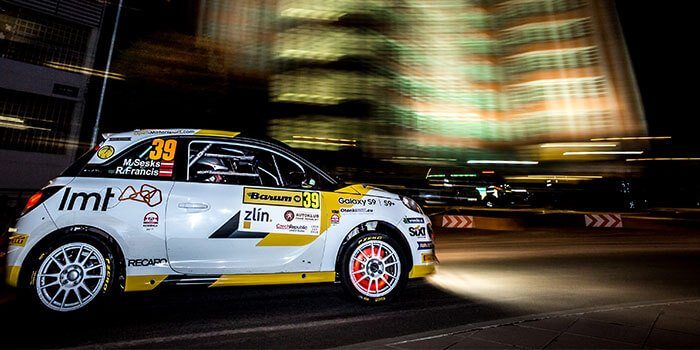 The young Latvian Mārtiņš Sesks won the Barum Czech Rally Zlín, extending his leadership in the general standings of the FIA ERC Junior U27.

The ADAC Opel Rallye Junior Team has taken an important step in the battle for the fourth consecutive title in the Rally Junior European Championship (FIA ERC Junior U27). Four weeks after his first victory in Rome, the 18-year-old Latvian Mārtiņš Sesks in the Opel ADAM R2 won also the Barum Czech Rally Zlín in the Czech Republic. Sesks has, thus, put 59 points between him and his closest rival in the overall standings, his teammate Tom Kristensson from Sweden, who ranked third in Zlín, giving the ADAC Opel Rallye Junior Team the lead in the team ranking, too.

In adverse conditions, with varying degrees of rain and extremely treacherous asphalt slopes, both the drivers had to hold their nerves. From the beginning, Sesks and Kristensson fought hard with the strong Austrian driver Simon Wagner on Peugeot 208. After winning the first stage classification on Saturday night, Sesks did not take further risks on the final day and ultimately brought a lead of 17.3 seconds over Wagner to the finish line. “I am overjoyed,” beamed the Baltic leader, once more relying on the notes of his co-driver Renārs Francis. “The ultimate goal was to bring our ADAM R2 to the finish line. I still have a lot to learn, and I’ve never driven on any of these undergrounds like this. The danger of a slip-up was omnipresent.”

The podium finish of the second Opel ADAM R2 of the ADAC Opel Rallye team was a very important result for Tom Kristensson and Henrik Appelskog. “We are very satisfied,” said the Swede driver. “The conditions were extremely treacherous. Nevertheless, we found a good rhythm right from the beginning and were able to record the fastest time in two special stages. As a result, we made every effort to secure the podium and keep our ADAM R2 on the track. That was by no means all good.” In fact, the withdraw rate at Barum Czech Rally was huge. Exactly 40 of the 124 started rally cars did not make it to the finish line in Zlín.

The two crews of the ADAC Opel Rallye Junior Team will be back in action from 21 to 23 September at the Rally Poland, fifth and penultimate season event of the FIA ERC Junior U27. 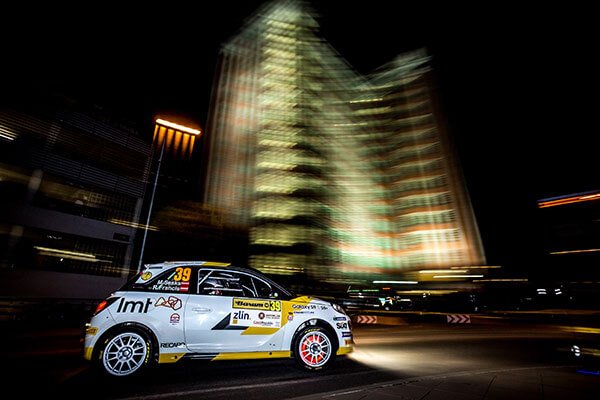 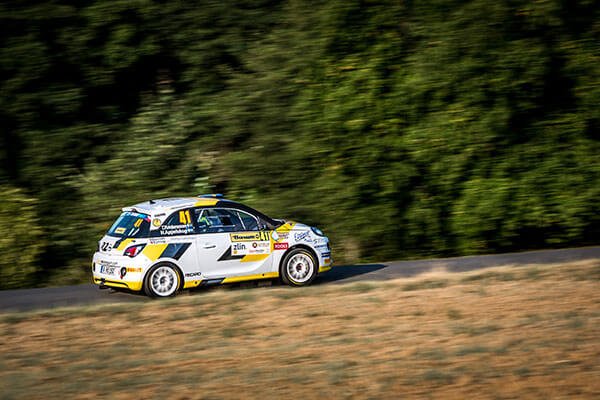 Kristensson and Appelskog at the Barum Czech Rally 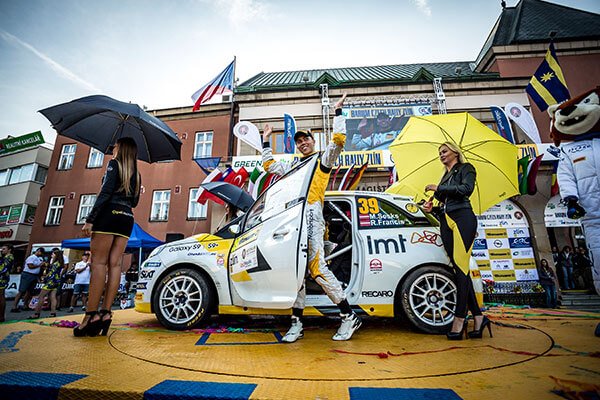 Sesks on the podium of the Barum Czech Rally