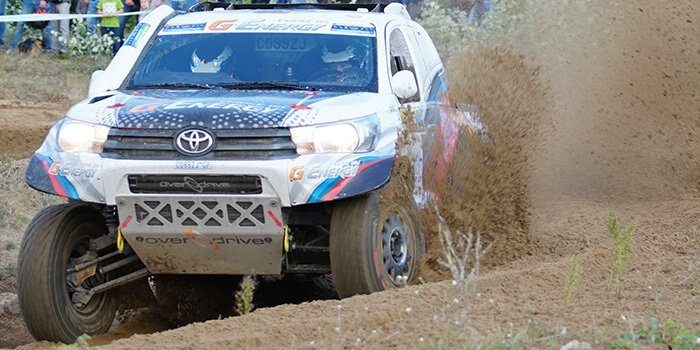 Russian driver Vladimir Vasilyev and navigator Konstantin Zhiltsov of Overdrive Racing earned a podium finish in Columna Medica Baja Poland, round nine of the 2018 FIA World Cup for Cross-Country Rallies, and managed to keep their title hopes alive on Sunday.

Vasilyev began the three-day Szczecin-based event trailing Poland’s Jakub Przygonski by 57 points in his G-Energy Toyota Hilux with DakarCorse rims. The Russian now finds himself 71 points behind the former enduro rider with a maximum 90 available to the winner of the last two rounds of the series in Morocco and Portugal.

Przygonski managed to claim maximum points by winning his home event from Polish veteran Krzysztof Holowczyc. Vasilyev passed Czech driver Martin Prokop on the final morning and moved up from fourth to third overall, a position he held to the finish.

Action in the FIA World Cup for Cross-Country Rallies resumes from 3 to 9 October with the Rally of Morocco, an event that will also be an important test for the Dakar 2019. 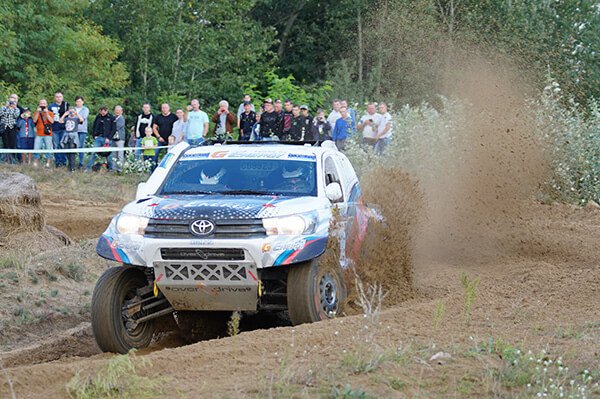 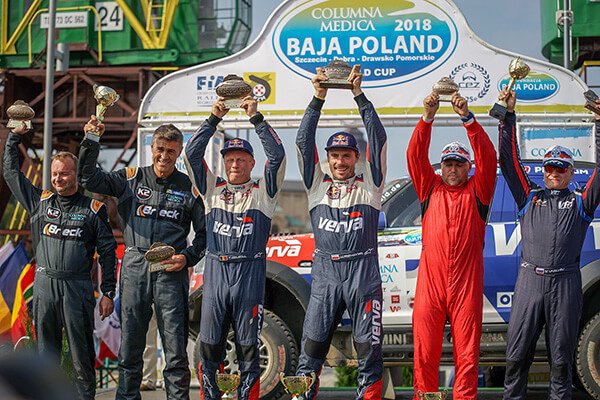 The final podium of the Baja Poland – Ph. bajapoland.eu