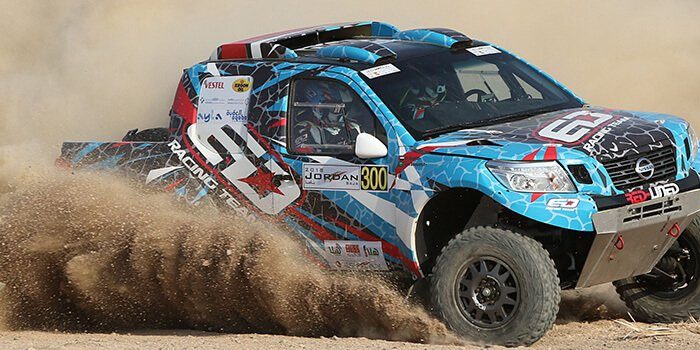 Saudi Arabian driver Essa Al-Dossari and Emirati navigator Ali Hassan Obaid were the winners of the inaugual Jordan Baja and cruised through the final day in the magnificent desert surroundings of Wadi Rum to secure victory with a margin of over 45 minutes.

The ED Racing Nissan Navara driver won every desert selective stage after missing the victory in the super special, won by Saleh Al-Saif. The winning driver said: “Everything went smooth and I am really happy. I took it so easy on the last stage. I was slower than Saturday by just four minutes. The stages are nice, but very fast and you need a lot of speed here.”

Saudi rivals Fares Al-Moshana and Motab Al-Shammeri confirmed an all-Nissan and and all-Saudi podium with second and third places in their Patrols. Khalid Al-Hamzani was fourth and Ahmad Al-Malki broke the Nissan strangehold on the leading positions with fifth overall in an Isuzu D-Max.

After the race in Jordan, the spotlight moves to Morocco for the Rallye du Maroc, the tenth round of the FIA World Cup for Cross-Country Rallies, scheduled from 3 to 9 October. 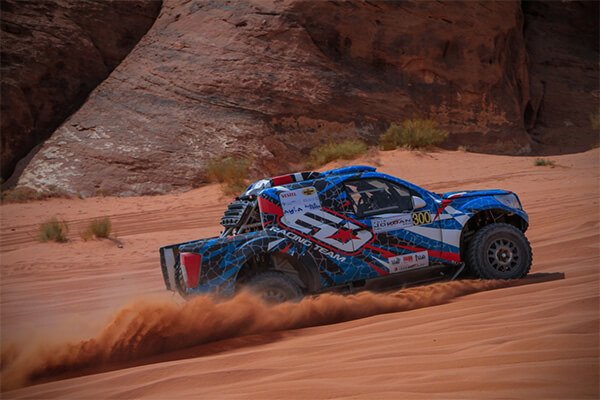