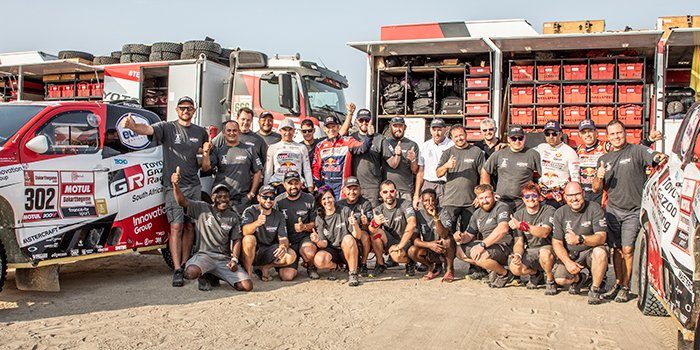 The Italian manufacturer collects the first place in the world-class rally raid thanks to Nasser Al-Attiyah and Overdrive Racing.

The Dakar Rally 2019 was definitely an unforgettable one for EVO Corse. Nasser Al-Attiyah and Mathieu Baumel, on a Toyota Hilux with DakarCorse rims, brought the Italian wheel manufacturer on the top of the podium of the most important rally-raid of the world.

Al-Attiyah and Baumel, supported by Toyota Gazoo Racing South Africa and Overdrive Racing, dominated the demanding race in southern Peru from the very beginning, winning three of ten special stages and ending the competition with a margin of 46 minutes and 42 seconds. For the Qatari this was the third career Dakar victory, and the first history for Toyota, which is also the first manufacturer to win this race with a petrol-powered car in the South-American era.

“We are very proud and excited to be part of this extraordinary success. We really wanted this victory and we manage to grab it, thanks to the fantastic performance of Nasser and Mathieu,” said Luca Meneghetti, managing director of EVO Corse. “We want to thank also Overdrive Racing and Toyota Gazoo Racing South Africa for trusting us, we are sure our collaboration will continue to bring many important results.”

The final victory was not the only success for EVO Corse, though: four of the ten top cars overall were equipped with DakarCorse rims and, amongst all participants, almost one car out of three used EVO Corse wheels and many other had the OFFcrk jack on board. “Seeing that so many drivers and teams have chosen us is the greatest satisfaction,” added Meneghetti. “We work to give everybody the best products to enjoy off-road racing, this means that our work is appreciated and credited.” 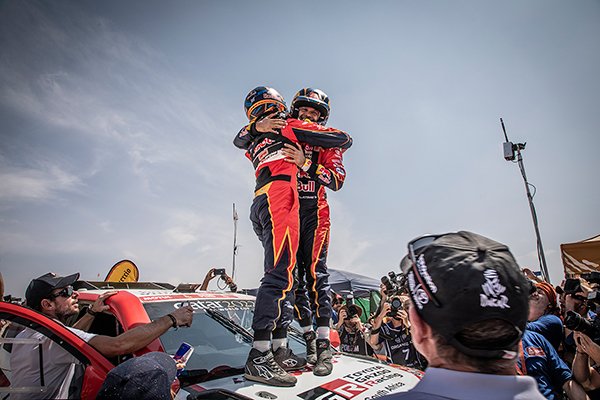 Al Attiyah and Baumel celebrate the victory of the Dakar Rally – ph. motorpress.co.za 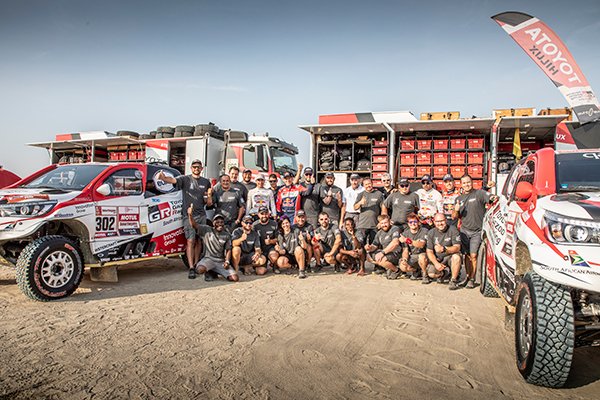